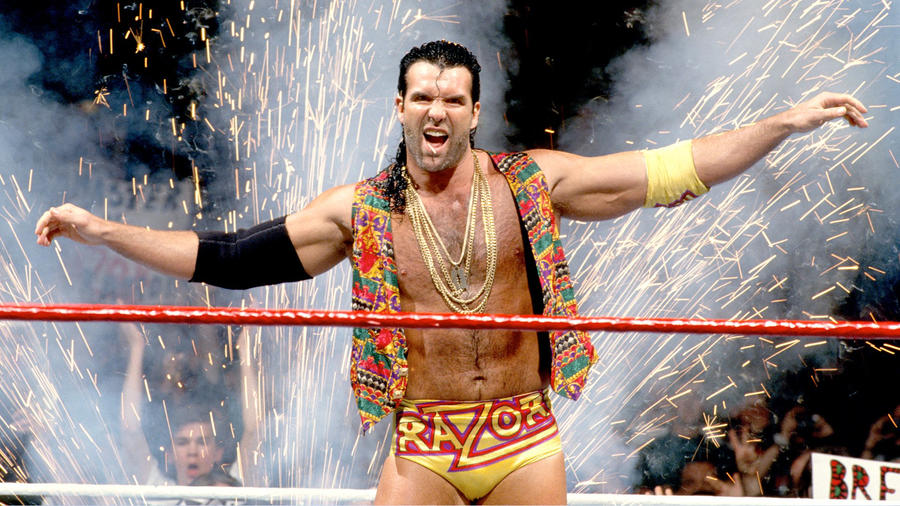 There have been few Superstars as controversial and impactful throughout WWE history as Razor Ramon.

First cutting his teeth in the AWA and WCW under personas like The Diamond Studd and Starship Coyote, the big man joined WWE in 1992 as Razor Ramon. Donning gold chains and flicking toothpicks at anyone that crossed his path, ”The Bad Guy” made a splash shortly after his debut by helping Ric Flair defeat “Macho Man” Randy Savage for the WWE Title. His biggest WWE moment came soon after when he defeated Shawn Michaels in a landmark Intercontinental Championship Ladder Match at WrestleMania X.

The Bad Guy remained a top Superstar throughout his WWE tenure and was usually carrying — or on the hunt for — the Intercontinental Title. During this time, Razor became a key member of the locker room group known as The Kliq. The closely-knit set — consisting of Ramon, X-Pac, Shawn Michaels, Triple H and Diesel — were backstage power players whose influence was felt throughout the entire organization. Their most infamous moment came before Diesel and Razor left WWE when they embraced their supposed rivals — HBK and Triple H — in Madison Square Garden.

Shortly after the so-called “Curtain Call,” the former Intercontinental Champion changed the landscape of sports-entertainment forever. With his WWE contract status unknown to the public, Razor appeared unannounced on WCW Monday Nitro on May 27, 1996. After a few weeks of taunting WCW President Eric Bischoff and the organization’s stars, he revealed he wasn’t alone. Kevin Nash — also presumably under WWE contract as Diesel — made his presence felt by powerbombing Bischoff through the entrance stage at The Great American Bash.

WCW stars Sting, Lex Luger and “Macho Man” Randy Savage  joined forces to battle Razor — who was now competing under his given name of Scott Hall — and Nash at Bash at the Beach. On that evening, the true intentions of The Outsiders were revealed when Hulk Hogan betrayed WCW and joined the duo, officially giving birth to the most defiant faction in sports-entertainment history — The New World Order.

After running roughshod over WCW, the group was brought to WWE by Mr. McMahon in 2002. The trio unleashed hell on the WWE locker room and The Bad Guy set his sights on “Stone Cold” Steve Austin. The two battled at WrestleMania X-8 with Austin claiming victory. Soon after, Hall exited WWE.

Though his second tenure in WWE came to an abrupt end, Scott Hall’s influence on sport-entertainment in the final decade of the 20th century cannot be overlooked. Although demons often plagued the talented performer, few were better than The Bad Guy when he was on his game, which is why he was a welcome addition to the WWE Hall of Fame on April 6, 2014.