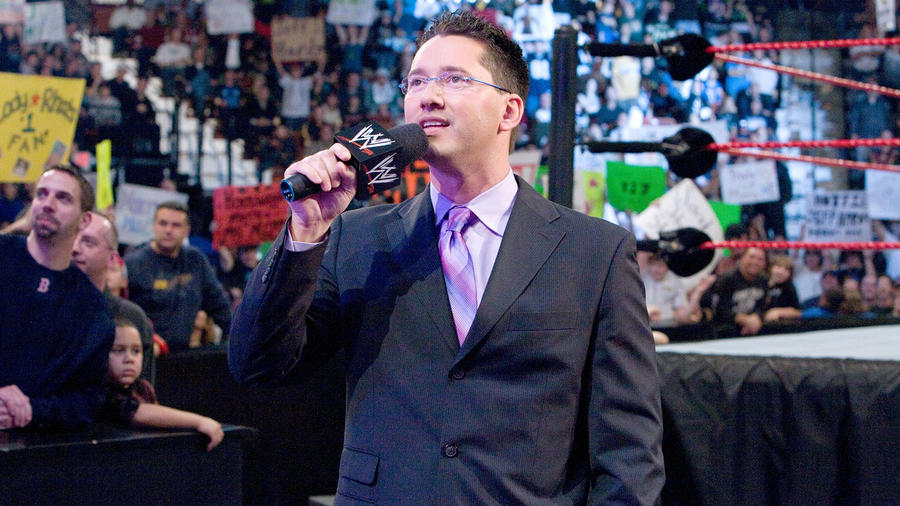 Todd Grisham joined WWE as an announcer in 2004, bringing his wit, dry humor and enthusiasm to the squared circle from the start.

Born in Hattiesburg, Miss. — home of NFL legend Brett Favre — Grisham and his family moved around a great deal, but he spent the bulk of his childhood in Bay Minette, Ala. After college, he obtained a job as a sports anchor in Ottumwa, Iowa. In his year and a half there, working at KTVO, Ottumwa's only local affiliate, he did everything -- shooting, editing, even putting on his own makeup.

When he was offered a job in Tucson, Ariz., the No. 70 media market, he jumped at the chance and relocated, becoming the youngest reporter at any station in Tucson. He spent four years as a sports reporter and weekend sports anchor for KOLD, the town's CBS affiliate, primarily covering the Arizona Wildcats. But he also reported on teams from Phoenix, and covered the Final Four and Game 7 of the World Series. Grisham has also worked with the NFL, NBA, NHL and PGA.

While with WWE, Grisham spent seven years as a host, backstage interviewer and lead announcer for almost all of WWE's different television programs while also hosting programming on Fox Soccer Channel starting in 2007.

Grisham left WWE in August 2011 to join his best friend and fellow former WWE announcer Jonathan Coachman at ESPN as a SportsCenter anchor.