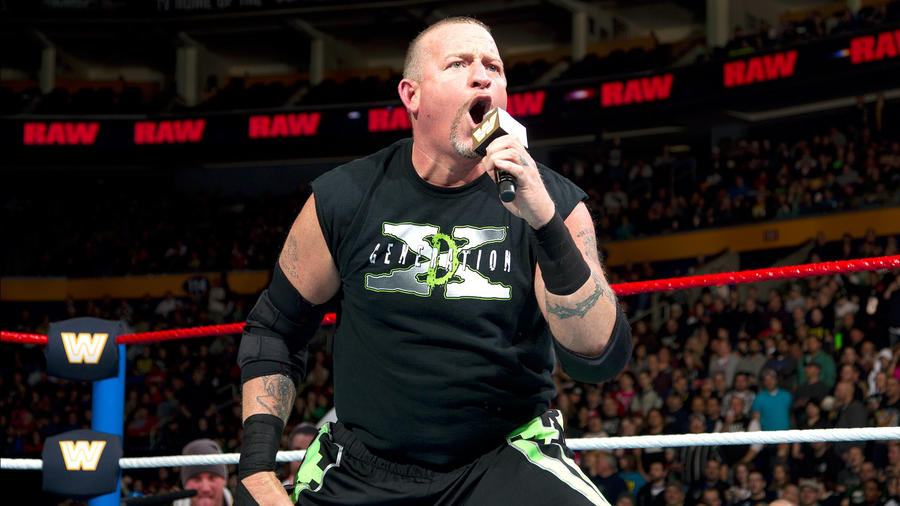 “Oh you didn’t know? You better call somebody!”

Those are the classic words that Road Dogg Jesse James bellowed to alert the WWE Universe to the presence of the hell raising New Age Outlaws. Lewd, cocky and dangerous, the “D-O-double G” and his partner Billy Gunn became one of the most decorated duos in WWE history and an unforgettable part of WWE’s Attitude Era during their reign over the tag division. It’s hard to believe that Road Dogg wasn’t always the loud, in-your-face personality that commanded everyone’s attention.

A former Marine, he entered WWE in 1994 as The Roadie, a personal gofer for wannabe country singer Jeff Jarrett, and bent the rules to ensure victory for “Double J.” He also performed songs that Jarrett lip synced and took credit for, which may have had something to do with their falling out.

Eventually, it was revealed that Road Dogg was the true singer, returning as “The Real Double J.” Soon, though, he tired of the song and dance routine. He recruited Billy Gunn, who was languishing as Honky Tonk Man’s protégé, to be his partner, and WWE was never the same again.

The pair that came to be known as The New Age Outlaws, displayed a brash new attitude that would come to define that era in WWE history. The pair thrived on creating anarchy from the moment they joined forces, stealing The Road Warriors’ spiked shoulder pads and locking Cactus Jack & Chainsaw Charlie in a dumpster before throwing it off the entrance stage.

The Outlaws did it all with a flair that endeared them to the WWE Universe. The Road Dogg, introducing their arrival like a carnival barker, developed a unique relationship with crowds around the world, who sang along to every word he uttered.

They soon joined up with D-Generation X, where Road Dogg became the group’s de facto hypeman. All along the way, The New Age Outlaws racked up five reigns as World Tag Team Champions, defeating teams like Kane & Mankind and The Rock ‘n’ Sock Connection. And although he found his greatest success in tandem, Road Dogg was also skilled as a singles competitor with reigns as both the Intercontinental and Hardcore Champion.

The DX loudmouth was absent from WWE for much of the next decade, but he shocked the WWE Universe when he reemerged alongside Billy Gunn in 2014. Together, the duo defeated Cody Rhodes & Goldust to win the WWE Tag Team Titles in the 2014 Royal Rumble Kickoff Match, proving they definitely still had it.