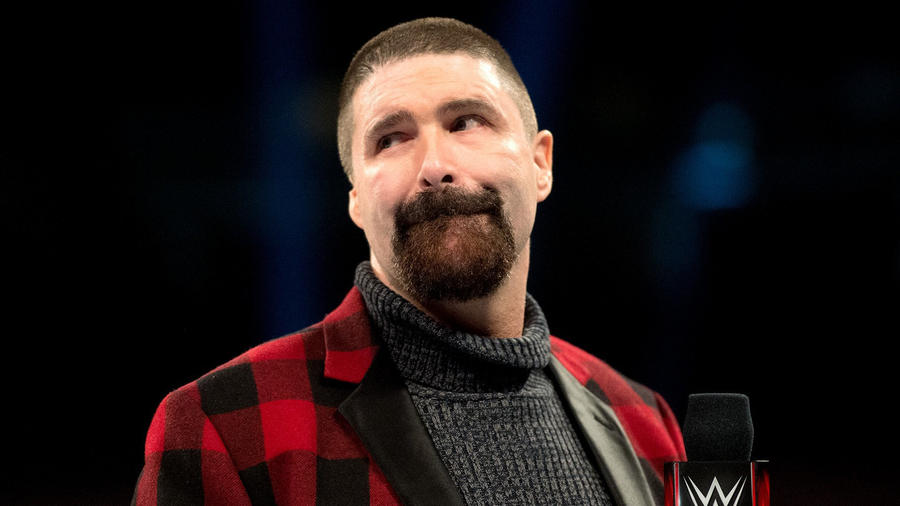 Today, he goes by the name on his birth certificate, but Mrs. Foley’s Baby Boy became one of WWE’s most unlikely success stories under the guise of three distinct personas — the unpredictable Cactus Jack, the demented hippy known as Dude Love and everyone’s favorite mental patient, Mankind. These “three faces of Foley” were dangerously unique, but all shared a common trait — a willingness to always go one step too far.

Inspired to become a Superstar after watching Jimmy Snuka leap from the top of a steel cage in Madison Square Garden, Mick Foley adopted Superfly’s fearlessness when he entered the ring himself. As Cactus Jack, he earned a fan following not for winning matches, but for surviving them. In a bout against the punishing Big Van Vader in Germany, Foley’s ear was torn off. In Japan, he suffered third-degree burns in an exploding ring. Still, no matter what he suffered through, Foley kept fighting back.

When he came to WWE in 1996, he turned into Mankind, a deranged miscreant who lurked in boiler rooms and shoved his fingers down opponents’ throats. Under the leather mask of this maniac, Foley lived through sports-entertainment’s most shocking moment when he was thrown off the top of the Hell in a Cell by The Undertaker. The unforgettable image of Foley’s body artlessly plummeting to the ground below defined not only his career, but WWE’s “Attitude Era” as a whole.

A funny thing happened after Foley’s fall, though. Battered and bruised after years of punishment, he began to depend less on his threshold for pain and more on his sense of humor, intelligence and surprisingly vulnerable nature. His toothless sneer became a cheesy smile. His trusty 2-by-4 wrapped in barbwire was replaced by a sock puppet named Mr. Socko. Now a fan favorite, Foley thrilled audiences by beating The Rock for the WWE Title in 1999 and surprised them even more when he published his insightful, New York Times-bestselling autobiography “Have a Nice Day: A Tale of Blood and Sweatsocks.” Later teaming with The Great One as The Rock ‘n’ Sock Connection, Foley brought Raw some of its highest television ratings ever during his inspired interactions with The People’s Champion.

In 2000, Foley was sent into retirement after losing a Hell in a Cell Match to Triple H, but he has since returned to WWE as a commissioner, a color commentator and even a competitor, most notably against Edge at WrestleMania 22. Now known as The Hardcore Legend, Foley was inducted into the WWE Hall of Fame on April 6, 2013 in Madison Square Garden, proving he'd achieved more than he'd ever dreamed on that night he watched Snuka take the leap.

Foley returned to WWE TV the night before the 2016 WWE Brand Extension Draft as Stephanie McMahon’s choice for Raw General Manager, but he was unfortunately fired from the position just two weeks before WrestleMania 33. No matter what his next move might be, Foley (and his many personas) will surely continue to bring smiles to the faces of WWE fans around the globe.