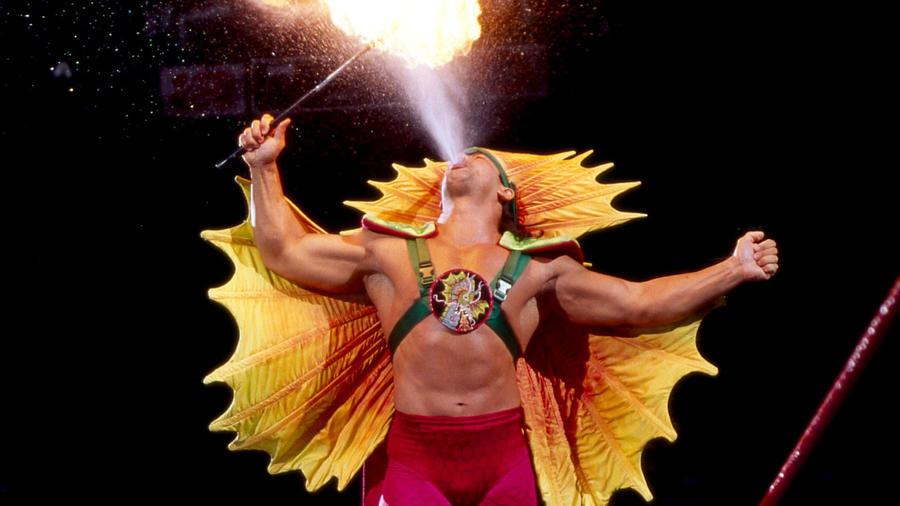 “Ricky Steamboat had everything — charisma, work rate, intensity and one of the best bodies in our business," WWE Hall of Famer Ric Flair once said of his greatest rival. "He was just amazing."

That is the type of awe The Dragon inspired in his peers. The consummate wrestler’s wrestler, Steamboat was a locker room favorite throughout his career,  but he became a sports-entertainment icon on the strength of four legendary bouts — his 1989 three-match series against The Nature Boy over the NWA World Championship and a WrestleMania III classic against “Macho Man” Randy Savage.

Steamboat debuted more than a decade before these famous bouts under the name Richard Blood. Learning his trade in small promotions across the country, the Hawaiian competitor made his first major impact in the Mid-Atlantic region. During his nearly eight-year run in the territory, The Dragon specialized in tag team competition, forming a dynamic and highly-successful tandem with Jay Youngblood.

In singles action, his most memorable confrontations took place against Ric Flair in an unforgettable rivalry in WCW in 1989. The competitors were perfect adversaries, as Steamboat’s persona as a humble, hardworking family man played naturally against Flair’s lewd, cocky Lothario reputation. Differences aside, both men were at the peak of their abilities in the ring, and it showed as they traded the NWA World Championship in a trio of thrilling bouts. These matches — which took place at Chi-Town Rumble, Clash of the Champions VI and WrestleWar — rank among the best one-on-one contests ever held.

Outside of WCW, Steamboat spent much of his ring career in WWE where he was best known as The Dragon. Admired by WWE fans for his physical rivalries with the likes of Don Muraco and Jake “The Snake” Roberts, Steamboat’s greatest contribution to WWE history remains his WrestleMania III bout against Randy Savage. In front of more than 93,000 members of the WWE Universe, The Dragon beat Macho Man to win the Intercontinental Title in a bout that was so technically sound and exciting it has been shortlisted on “Best of” lists ever since.

Retired since 1994, the WWE Hall of Famer returned to the ring in 2009 for a series of matches against Chris Jericho. Although he was well into his 50s at the time, Steamboat was still as fluid as ever, leading WWE fans to chant “You still got it!” in tribute to the ageless Superstar.