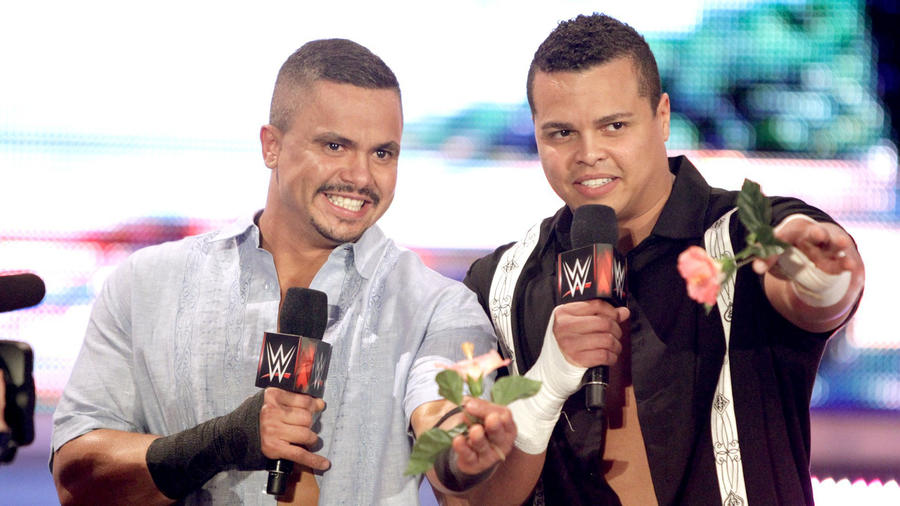 The son of WWE Hall of Famer Carlos Colon, Primo Colon and his cousin Epico have made it their mission to bring a touch of Puerto Rican class, culture and sophistication to the WWE Universe. Being the good-natured island gentlemen that they are, they’d prefer to do this by virtue of simply telling you how great Puerto Rico is.

But if that doesn’t work, they’re happy to prove it to you inside the squared circle. You don’t grow up as scions of the Colon dynasty without learning your way around that four-roped paradise, and they’re more than capable of dishing out a beatdown that’s as world-class as their fine, native cuisine.

With the world laid before them and the culture of their homeland in their hearts, The Colons are on a mission to turn the ring into their own personal Island of Enchantment. As for their opponents? Well, they won’t be so lucky.