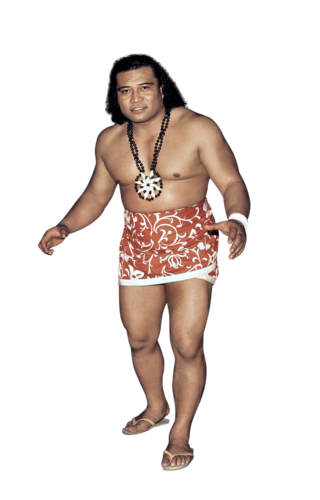 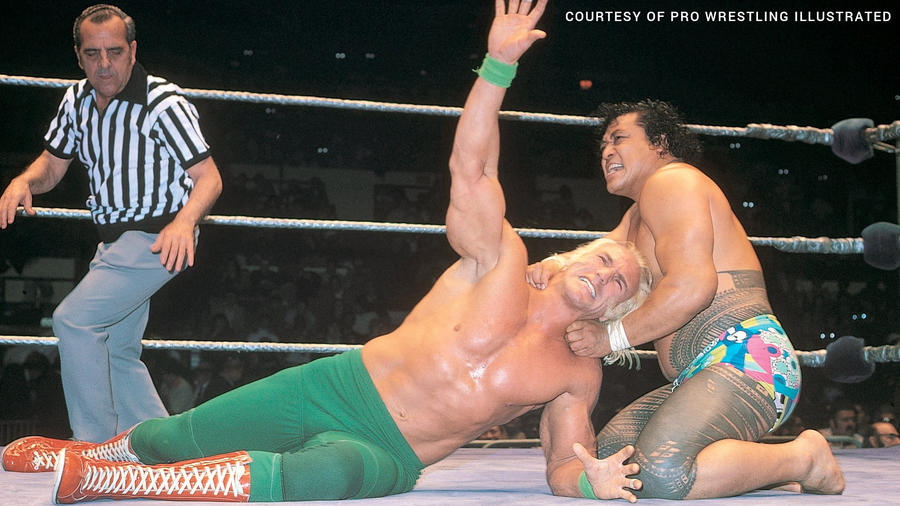 When one thinks of great multi-generation families in sports-entertainment, several come to mind almost instantly. From the Harts in Canada to the Guerreros and Von Erichs in the southwestern United States to the Samoan Anoa'i dynasty, there seems to be one from every region.

However, there is another clan -- closely related to the Anoa'is -- that doesn't often get its due: The Maivia/Johnson family. While the third-generation member of that family -- The Rock -- is the most well-known, it all started with his grandfather, the legendary High Chief Peter Maivia.

Maivia, born in Samoa in the 1930s, was a "blood brother" of the Anoa'i family. In the early 1960s, he moved to New Zealand to begin his in-ring career, training under South Pacific legend Steve Rickard. The High Chief quickly took to his profession, winning numerous championships in the South Pacific and Hawaii before finally coming to the United States in 1970.

The High Chief dominated the west coast in the 1970s, winning multiple championships in both Los Angeles and San Francisco. At different times, he held versions of the NWA Tag Team Championship with such greats as Pat Patterson, former World Tag Team Champion Billy White Wolf and Ray "The Crippler" Stevens. During his time in California, he also formed a close mentor-student relationship with "Superstar" Billy Graham.

Maivia also competed in Texas for a short spell, but rose to national prominence when he entered WWE in the late-1970s. He was very popular, and well-known partially because of the tribal tattoos that adorned his body; the ink was indicative of his status as a Samoan High Chief, a tradition that would later be carried on by his grandson, The Rock.

During the final years of his career in WWE, Maivia battled former friend Graham for the WWE Championship while also forming a successful tandem with Bob Backlund. When Backlund won the WWE Title from Graham, however, Maivia shocked our fans by turning on his friend and becoming one of the most hated men in the industry. Led by "Classy" Freddie Blassie, The High Chief challenged Backlund on numerous occasions but never walked away with the gold. He continued to sporadically compete in Hawaii and California as well, beginning a bitter rivalry with another former protégé, Victor Rivera.

Maivia was also active outside the ring. He helped train numerous future Superstars, such as Graham, Wild Samoan Afa and Rocky Johnson -- who later married Maivia's daughter, despite the High Chief's objections -- and took over the reigns of the NWA's Hawaiian operations in 1980. He also played a vile henchman in the 1967 James Bond film You Only Live Twice, perhaps foreshadowing a silver screen legacy that would be carried on by The Rock 35 years later.

Sadly, Maivia was diagnosed with cancer in 1981 and tragically passed away in June 1982 at the age of 45. The original ring name of his grandson, Rocky Maivia, was chosen partially in tribute to the High Chief; in 2008, The Rock paid an even greater tribute to his grandfather by inducting him into the WWE Hall of Fame.