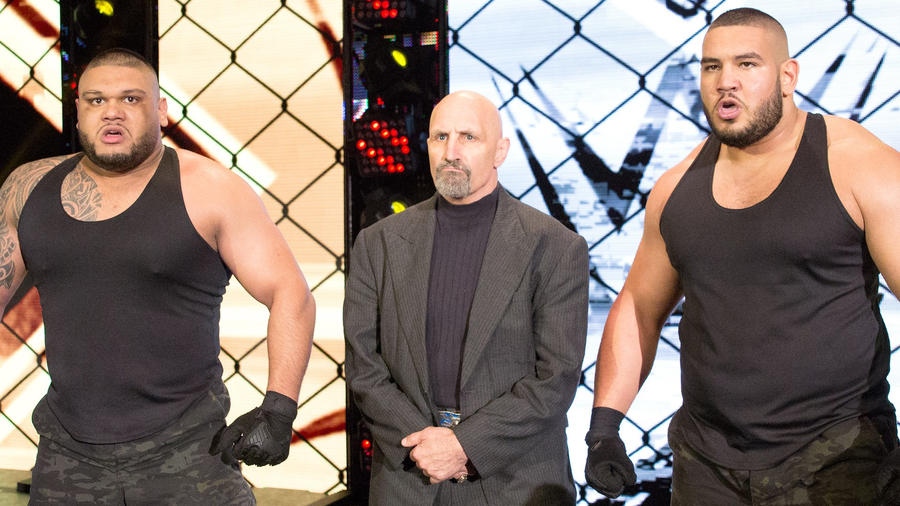 The mind behind one of the greatest tag teams in sports-entertainment history, Paul Ellering combined his brains with The Road Warriors' brawn to form an unstoppable force. Together for more than a decade, the trio stomped through territories all over the globe, winning titles wherever they went and leaving behind a path of destruction that was not soon forgotten.

The man known as "Precious" Paul Ellering was not always a manager, though. A champion powerlifter, the Minnesota native joined the American Wrestling Association in the mid-70s after surviving one of Verne Gagne's brutal training camps. He competed in all the major territories after that, locking up with WWE Hall of Famers like Jesse Ventura and Jerry "The King" Lawler in hard-hitting matches. But his career would reach a premature end after a series of knee injuries left him unable to perform at the top level. Still, Ellering had personality and could talk. Naturally, he became a manager.

Clad in sharp clothes with a copy of the Wall Street Journal rolled up in his hand, Ellering was clinical and cerebral — a perfect counterpart to the bombastic Hawk & Animal. The three men first linked up in Georgia Championship Wrestling in 1983. From there, it was a campaign of global domination. They smashed The Crusher & Baron Von Raschke in Wisconsin and massacred The Midnight Express in Pennsylvania. Ellering promised annihilation on the microphone and The Road Warriors delivered it in the ring. Fans came out by the thousands to see the team, and before long, Hawk, Animal and Ellering weren't just part of the show — they were the show.

The Road Warriors have credited "Precious" Paul for much of this monumental success. They may have had the raw talent, but their manager was the man who was able to mold them into unstoppable wrecking machines. Ellering didn't simply stand in the team's corner — he booked their appearances, set up their travel arrangements, managed their finances and made them into a showcase attraction like Andre the Giant or Bruiser Brody. His shrewd negotiation skills allowed The Road Warriors to name their price wherever they went. Ellering even took the team overseas, where they became one of the wealthiest and most successful teams in the history of All Japan Pro Wrestling.

In 1992, Ellering joined his team in WWE. Now known as The Legion of Doom, the powerhouses were as dominant as always — even if Ellering now employed a ventriloquist dummy named Rocco to help in his decision making. Things weren't always perfect. The Road Warriors once violently fired Ellering in WCW, and he infamously turned on Hawk & Animal to join Disciples of Apocalypse in 1997. But in the end, those incidents hardly mattered. The Road Warriors and Paul Ellering are now remembered as one of the greatest alliances in sports-entertainment history. And just as he led the team to the top in the '80s and '90s, he led them into the WWE Hall of Fame Class of 2011.

However, his induction into the WWE Hall of Fame isn't where Ellering's storied career ends. The mastermind behind The Road Warriors returned to WWE in 2016, arriving in NXT with a pair of monsters known as The Authors of Pain, whom he led to not just the NXT Tag Team Titles, but also to victory in that year’s Dusty Rhodes Tag Team Classic. Upon making their Raw debut in 2018, Akam & Rezar closed the chapter on their association with Ellering, leaving the WWE Universe to wonder what the legendary manager’s next move could be.