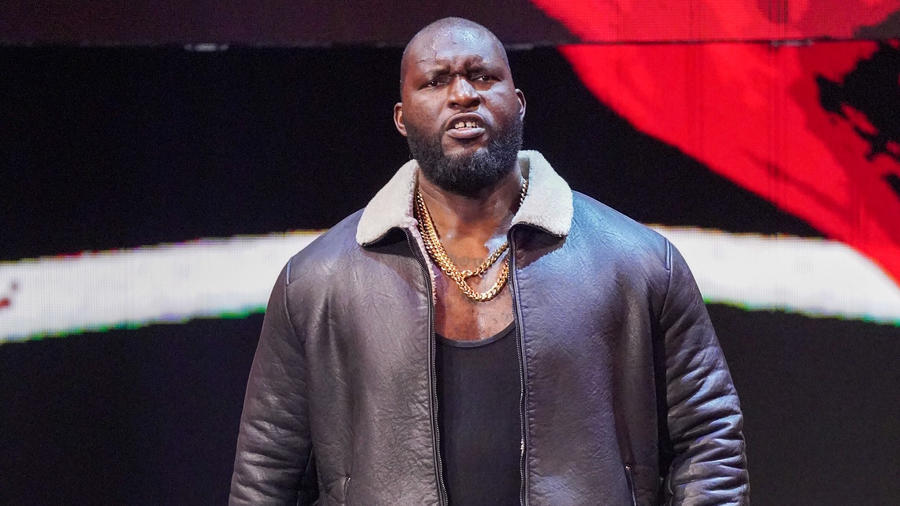 Emerging as AJ Styles’ own personal colossus, the Nigerian Giant Omos is a personification of intimidation who is not to be messed with. Whether he is shaking off a chair assault unphased, adding a post-match attack to put the exclamation point on a Styles victory or just casting his massive shadow over the ringside area, he gives The Phenomenal One an extra advantage in any contest.

Indeed, Omos is a menacing presence at ringside. And after teaming with Styles to defeat The New Day for the Raw Tag Team Championships at WrestleMania, the force of nature bulldozed through the competition. After losing the Tag Team Titles to RK-Bro, he realized Styles was holding him back and severed ties with his former partner.

Now under the leadership of MVP, there's no telling what destruction The Nigerian Giant will wreak inside the squared circle.