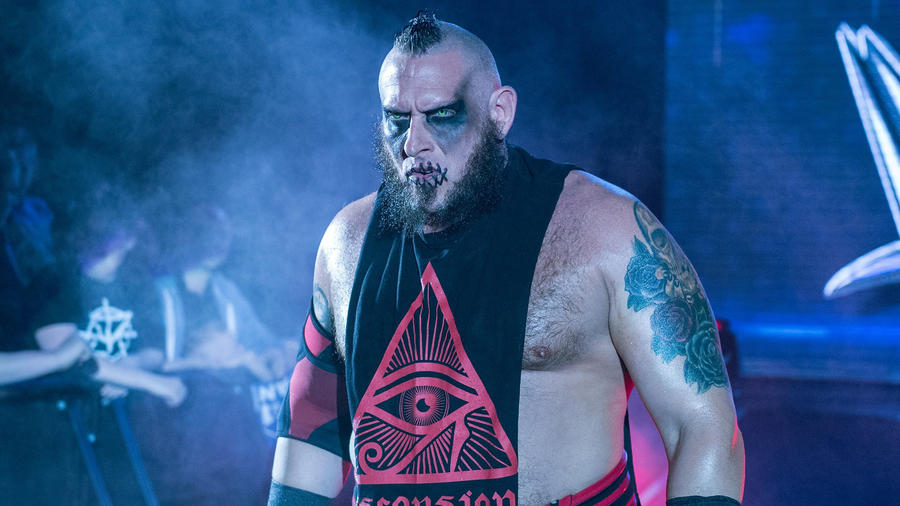 He’s demented and shrouded in mystery, acting as the dark cloud over WWE. The Ascension's Konnor, alongside his tag partner Viktor, preys on his competition with a combination of mind games and pure strength.

The Ascension first made their mark in WWE NXT, dominating the tag team landscape with brute force and holding onto the NXT Tag Team Championship for a record-setting 344 days. While Viktor prefers to dish out punishment with precision, there is no such exactness in Konnor's offense. The behemoth pummels his foes with reckless abandon, demolishing everything unlucky enough to be in his path.

Throughout December 2014, ominous videos heralded the main roster arrival of the monstrous duo. The message was simple: The Ascension would turn the squared circle into their instrument of destruction, introducing their opponents to a wasteland of punishment, and they delivered with brutish fashion on the final Raw of 2014 before beginning their crusade in earnest, targeting duos like The New Age Outlaws and The Lucha Dragons before storming over to SmackDown LIVE during the 2016 WWE Draft. Now, Konnor and Viktor are back on Raw and ready to lay waste to any and all that get in their way,

The faces of their victims are ever-changing, but the message remains the same: Woe to those who don’t yet fear the menacing Konnor, for they will fall … but The Ascension will rise.