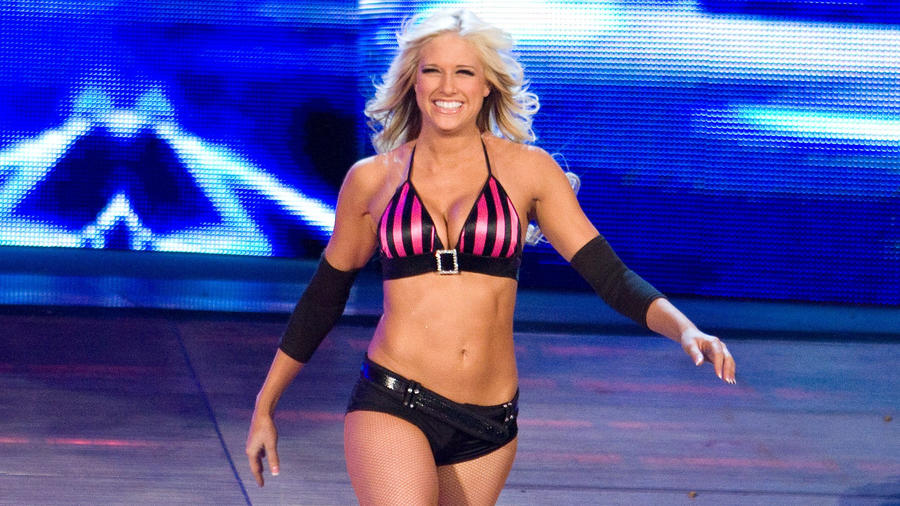 As a former Catholic schoolgirl, Kelly Kelly spent her high school years rooting for the football team as a cheerleader and effortlessly knocking out two common fantasies of the opposite sex in one shot. In 2005, the teenager took WWE by storm as an exhibitionist on the relaunched ECW.

You might remember Kelly Kelly’s debut gig as one-third of ECW’s Extreme Exposé dance troupe with Layla and Brooke. Or, you might not. And that’s because Kelly Kelly – to the surprise of many – improved year after year to show the world that she wasn't just another disposable Superstar. Kelly Kelly’s fanbase grew exponentially, too. Perhaps the most telling representation of Kelly Kelly’s adoration was her selection by the WWE Universe to face, and defeat, Brie Bella for the Divas Championship on the special “Power to the People” edition of Raw in 2011.

In addition to roles in music videos and guest spots on TV shows, Kelly Kelly also became the first woman from WWE to appear on the cover of “Maxim” magazine in December 2011, reaching a new mainstream audience, and populating the dreams of plenty more soon-to-be-slapped boyfriends and husbands.

As Divas Champion, Kelly Kelly crossed paths with the intimidating likes of Beth Phoenix and Natalya, who accused her of being nothing more than an unwelcome poseur in their world. But, just as she continually surprised the WWE Universe along her road to elite Superstar status, Kelly Kelly surprised the two intimidating femme fatales by notching victories over each of them, in addition to many more of WWE's toughest competitors, silencing her strongest critics before leaving WWE in September 2012.