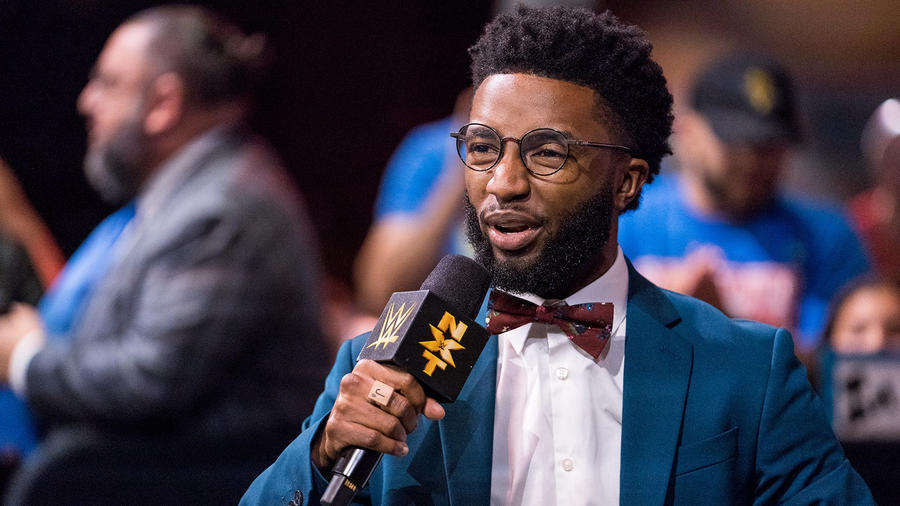 Though heavy metal may be the predominant sound of NXT, Josiah Williams has shown that hip-hop is at the heart of the black-and-gold brand, too.

Williams first happened on the WWE Universe’s radar with “Wrestle and Flow,” a YouTube series where he remixed WWE tunes, dropping serious bars over your favorite Superstars’ entrance music. In April 2019, he joined WWE, becoming an on-air host based out of the WWE Performance Center.

Now, Williams is focused on bringing the NXT Universe the latest on their favorite Superstars, whether it’s on YouTube, social media or on USA Network every week during WWE NXT. But don’t think he’s forgotten how to rhyme — Adam Cole took note and had Williams bring the flow to his entrance at NXT TakeOver XXV, rapping over The Undisputed ERA’s music before Cole’s win over Johnny Gargano to become NXT Champion.