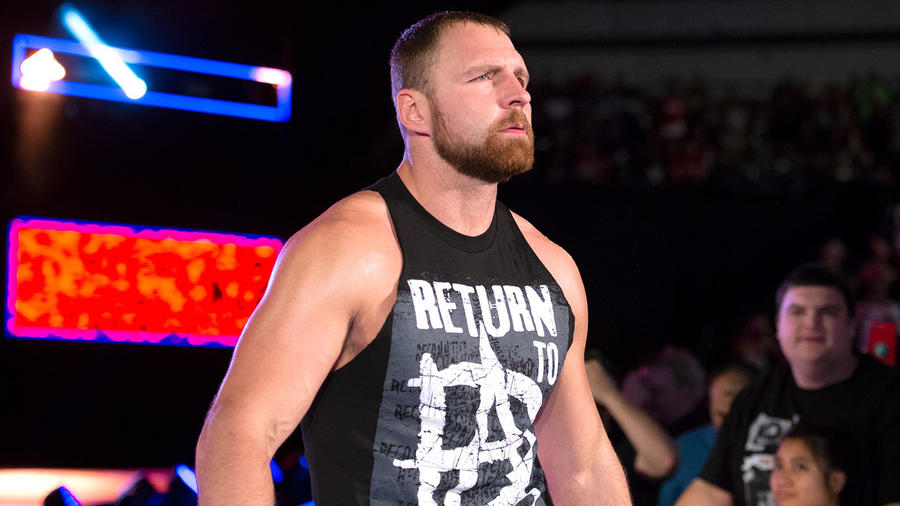 Dean Ambrose is a dangerous man.

The Cincinnati scrapper began his path to WWE with a fearless career on the independent scene where he earned a reputation for his ability to absorb and distribute punishment in equal measure. Through his years toiling away in obscurity, Ambrose competed in some of the most vicious environments imaginable, sacrificing his body and blood in the pursuit of inflicting as much damage on his opponent as humanly possible. Victory was incidental. What mattered to Ambrose was always his message: No one is safe.

If you thought the PG-friendly environment of WWE would be enough to contain The Lunatic Fringe, Ambrose’s brutal debut as one-third of The Shield certainly put that notion to rest in a hurry. As did his record-setting reign as U.S. Champion while he was one of the brothers in black.

After The Hounds of Justice imploded, Ambrose has gone to war against the likes of Seth Rollins, Bray Wyatt, AJ Styles and John Cena with all the intensity and lack of self-preservation instincts you’d find in a rabid animal. This unpredictable nature proved virtually unstoppable and allowed Ambrose to capture the Money in the Bank briefcase and the WWE Title in the same night at WWE Money in the Bank 2016. In 2017, he mended fences with Rollins, and Ambrose became a Grand Slam Champion when the two captured the Raw Tag Team Titles at SummerSlam.

It has been said that anything can happen in WWE, a fact that was destined to once again be proven true. For, when Ambrose and Rollins suddenly found themselves facing common enemies, they once again realigned with Roman Reigns and The Shield was reunited. Unfortunately, an injury to Dean brought an early end to The Shield reunion and put him on the shelf for nine months.

With The Shield once again back in full force in the summer and fall of 2018, Ambrose and The Hounds of Justice suffered a devastating blow on Monday Night Raw when Roman Reigns announced that his leukemia had returned and that he would be vacating the Universal Title and returning home to fight the disease.

After dedicating their match to The Big Dog that very same night, Ambrose & Rollins captured the Raw Tag Team Championship in an emotional victory over Dolph Ziggler & Drew McIntyre, but The Lunatic Fringe stunned the WWE Universe by carrying out a horrifying and seemingly never-ending assault on The Kingslayer after the win.

Following a vicious stint as a singles competitor, Ambrose was ultimately drawn back into the ranks of The Shield, with the trio having their final match together on April 21, 2019, a bout that closed the book on The Hounds of Justice as a group and Ambrose as a WWE Superstar.