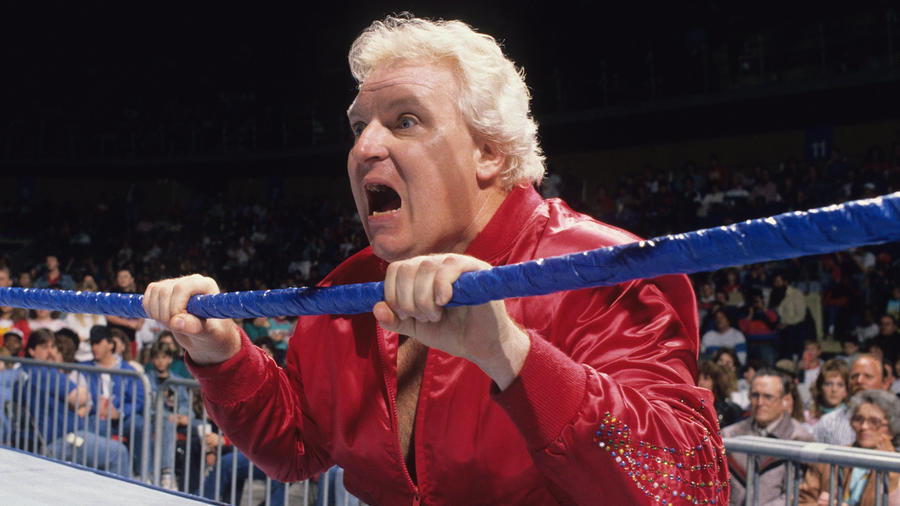 You can call Bobby Heenan an evil genius or a broadcast journalist. Just don’t call him “The Weasel.”

In a career spanning over four decades, Bobby Heenan was the “The Brain” behind some of the most prolific Superstars in WWE history. Heenan plied his trade as their mischievous manager by running his mouth on their behalf with a sarcastic wit considered among the best in the business – and by often weaseling out of facing the inevitable consequences.

WWE Superstars under Heenan’s guidance came to be known as the Heenan Family, a moniker meant to show the strength of their alliance over the average stable. (Heenan also disliked the lowly “stable” description that he felt was “A place where you keep a bunch of fly-infested horses.”) Members of the Heenan Family need no introduction, as they include such legends as AWA Champion Nick Bockwinkel, the Blackjacks, Big John Studd, King Kong Bundy, "Ravishing" Rick Rude, "Mr. Perfect" Curt Hennig, the Brain Busters (Arn Anderson and Tully Blanchard), Harley Race, and of course, the first WWE Hall of Famer, Andre the Giant -- whom Heenan led to the ring at WrestleMania III before 93,173 Humanoids (Heenan’s nickname for the WWE Universe) at the Pontiac Silverdome in 1987.

For all the bravado Heenan brought to the managerial ranks, he made himself louder and prouder as an announcer. The self-proclaimed “broadcast journalist” regularly played favorites during matches he called and argued frequently with announcing partner and longtime friend Gorilla Monsoon in a pairing that rivaled the likes of Abbott & Costello for humor and chemistry.  He was part of the original broadcast team for Monday Night RAW in 1993, and is the only person to have sat at the announcer’s table for both RAW and WCW Monday Nitro. Heenan returned to the WWE mic at Wrestlemania X-Seven alongside “Mean” Gene Okerlund to provide commentary for the Gimmick Battle Royal.

Heenan never shied from speaking his mind to get a rise out an opponent, to put down a rival he deemed inferior, and, as he admitted during his 2004 induction into the WWE Hall of Fame, to entertain the WWE Universe in the best way he knew how.

“(I was) allowed to express myself and bring my comedy into a business I often thought needed a kick in the pants and a couple of smiles rather than a guy blowing his nose and spitting,” said Heenan.