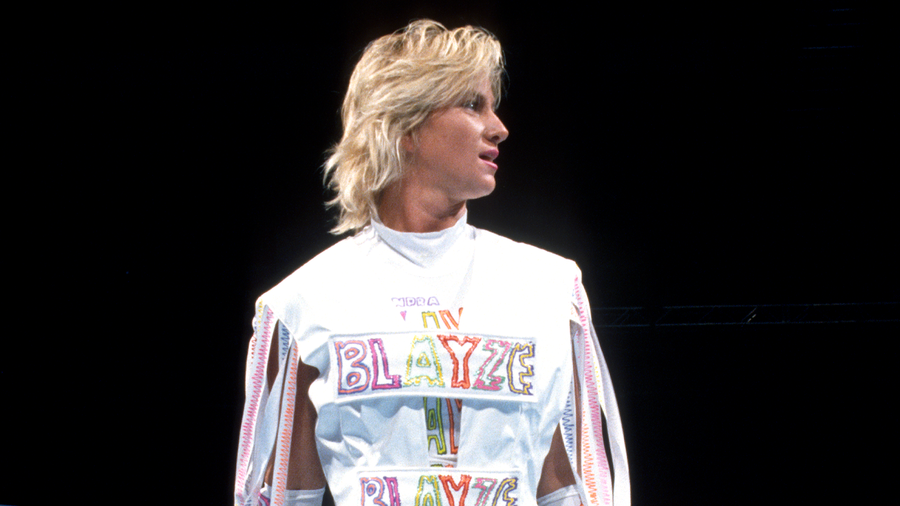 On the night of Dec. 18, 1995, Alundra Blayze walked onto the set of WCW’s Nitro with her WWE Women’s Championship in hand and proceeded to dump the title into a garbage can on live television.

At a time when WCW had the advantage over WWE in the storied Monday Night War, the incident was a cannonball through the front gates of Mr. McMahon’s crumbling empire. Not only had another one of his competitors aligned themselves with the competition, but a WWE title had been publically disgraced.

Still, while the segment has become one of the defining moments of a classic era in sports-entertainment, it has served to overshadow the stellar in-ring career of Alundra Blayze. A tall, attractive stunner with a fast smile and no shortage of attitude, Blayze clawed her way out of frostbitten armories in the Midwest to become a mainstream celebrity in Japan and the competitor who almost singlehandedly revitalized the Women’s Championship in WWE. And she did it with the same moxie that led her to trash a title on TV.

Breaking into sports-entertainment in the mid-80s, Blayze started out in Verne Gagne’s American Wrestling Association with the ring name Madusa Miceli. She may have been inexperienced, but her long legs and revealing outfits introduced a bit of rock star appeal that was uncommon in Minnesota rings at the time.

Tangling with future WWE Hall of Famers like Wendi Richter and Sherri Martel, Blayze developed quickly and earned passage to All Japan Women's Pro-Wrestling. The greatest showcase for female talent that ever existed, AJW boasted icons like Bull Nakano and Aja Kong, who helped Blayze develop into not only a well-rounded grappler, but a minor celebrity in Japan.

Upon returning to the U.S., Blayze entered WCW where she served as a villainous member of Paul Heyman’s Dangerous Alliance and a close ally to “Ravishing” Rick Rude. She broke out as a competitor on American soil in 1993 when she joined WWE as the face of a revamped Women’s Championship. Defeating Heidi Lee Morgan to win the vacant title, Blayze introduced the physical Japanese style to the States through a series of grisly bouts against Nakano and Kong.

When interest in the Women’s Championship waned, WWE disbanded the division and released all female competitors, including Blayze, who was still the WWE Women's Champion. Blayze was immediately hired by WCW where she would finish out her ring career once again as Madusa. Following her controversial dumping of the title, she battled dangerous opponents like Akira Hokuto and Luna Vachon, linked up with “Macho Man” Randy Savage and even defeated Evan Karagias to win the WCW Cruiserweight Title.

Blayze was honored for her illustrious career when she was inducted into the WWE Hall of Fame on the eve of Wrestlemania 31.

Blayze retired from the ring in 2001 after nearly two decades as one of the most revered women in all of wrestling. As for the WWE Women’s Title? She’s still holding onto it.