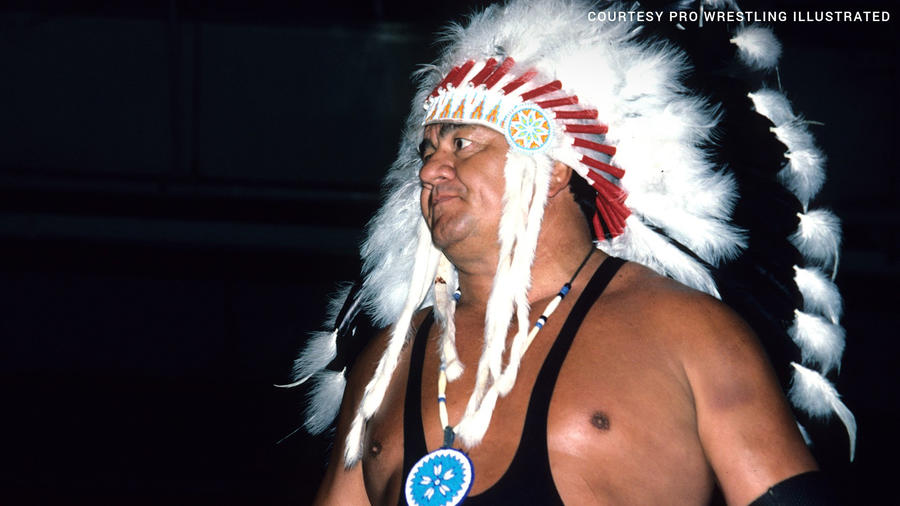 Whether in the ring or on the gridiron, few athletes have ever matched the sheer toughness of “Chief” Wahoo McDaniel. The Native American Superstar, a proud member of the Choctaw-Chickasaw tribe, lettered in football and wrestling at the University of Oklahoma before turning pro in the American Football League. Notorious for his bruising tackles, he played for teams like the Denver Broncos, New York Jets and Miami Dolphins throughout the ’60s and wrestled during the offseason. His popularity in both sports made him a star attraction wherever he went.

Eventually forgoing football in favor of a full-time wrestling career that lasted until 1989, McDaniel became a top rival of WWE Hall of Famers such as Ric Flair, Harley Race and the Funk brothers. His battles with Johnny Valentine were famous for their ferocity, although Valentine was far from the only wrestler whose chest was pummeled into hamburger meat by the Chief’s knife-edge chops. McDaniel’s name will live on in history books, as well as fans’ memories, thanks to his many accolades, which include five reigns as NWA United States Champion.