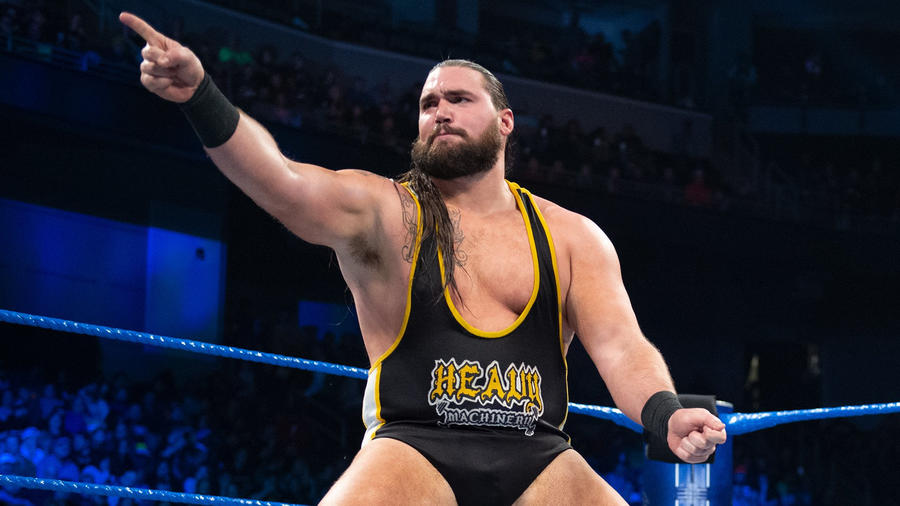 Tucker is hungry for competition, which can only mean bad news for his opponents.

At six-foot-two and 320 pounds, Tucker could rely on size alone in the squared circle. He doesn’t. A former All-American wrestler at Arizona State University, Tucker can go when it comes to the mat game. On top of that, he moves around the squared circle with speed that belies his incredible size, like a runaway freight train barreling over anything and everything in his path.

In WWE, Tucker has joined forces with fellow big man and amateur standout Otis, and few teams can muster the power to compete with the duo known as Heavy Machinery.

In the WWE Draft, Tucker was drafted to Raw, while Otis stayed on SmackDown. Then at WWE Hell in a Cell, Tucker shocked the WWE Universe when he betrayed Otis by hitting him with the Money in the Bank briefcase. This allowed Miz to defeat Otis and steal the contract away from him and made it clear that Heavy Machinery had in fact broken down for good.