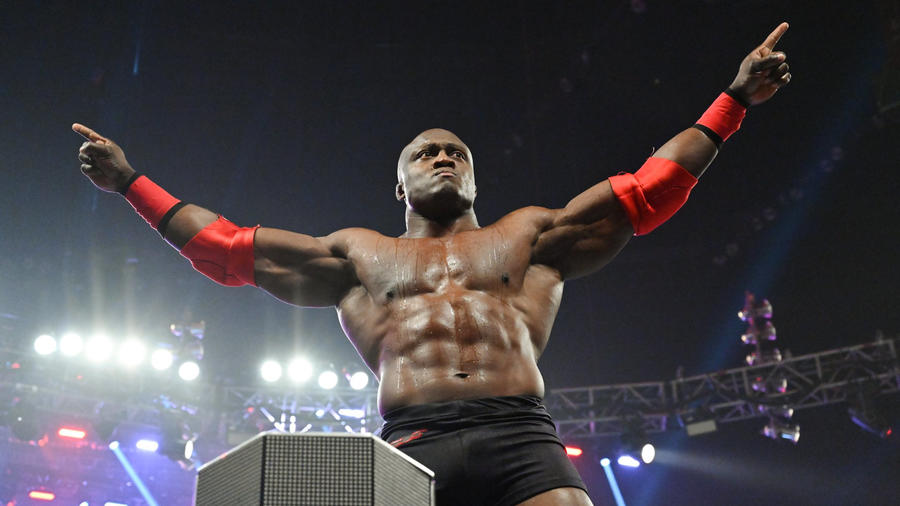 Looking for credentials? The dominant Bobby Lashley is a three-time wrestling national champion and a four-time wrestling All-American. He's also a two-time Armed Forces Champion and took home the silver medal in the 2002 CISM World Championships, competing against the best of the rest of the world's military.

Yet, for Lashley, all that was a precursor to training for WWE. First coming to the squared circle through WWE's ECW brand, Lashley fought his way to becoming one of the final ECW Champions. After further honing his craft outside of WWE in the MMA world, Lashley made an explosive surprise return to Raw in 2018 and has been on a path of domination ever since.

Since his return, “The All Mighty” has captured both Intercontinental and United States Championship gold and has risen to prominence as the Chief Hurt Officer of The Hurt Business, a faction formed alongside MVP, Shelton Benjamin and Cedric Alexander. Equipped with his unbreakable Hurt Lock, Lashley finally won the big one when he defeated an overmatched Miz to become the new WWE Champion on an episode of Raw in 2021.

The powerhouse fended off multiple challenges from Drew McIntyre, and if The All Mighty has his way, he'll be overpowering his fellow Superstars and remaining in the championship picture for a long time.