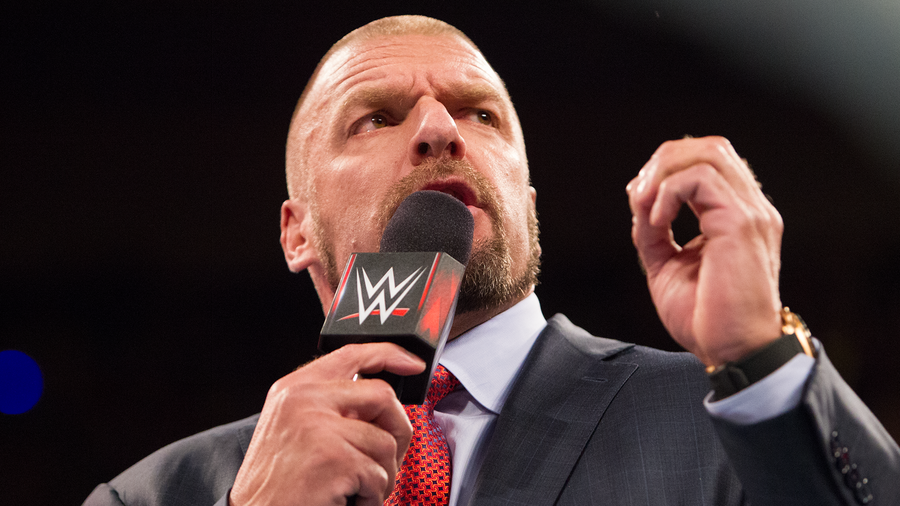 He’s The King of Kings, a nickname with no hint of exaggeration considering that Triple H is essentially WWE royalty.

From his days as a Greenwich, Conn. snob, to his era-defining run as a co-founder of D-Generation X, to the unrelenting drive that made him an absolute squared circle institution, to shepherding future main-eventers Randy Orton and Batista toward WWE greatness in Evolution, Triple H hasn’t just existed on the cutting edge —  he’s been the one sharpening the blade.

A 14-time World Champion, The Game has clashed with a litany of ring legends to seize the throne as The King of Kings. The Rock, “Stone Cold” Steve Austin, Ric Flair, Shawn Michaels, The Undertaker, John Cena and even WWE Chairman Vince McMahon — each mowed down by the sledgehammer-wielding fist of The Cerebral Assassin. He has methodically and systematically usurped sports-entertainment, capturing almost every major WWE championship, the King of the Ring crown, two Royal Rumble Match victories and the marquee spot in epic matches at WrestleMania on several occasions, all throughout a career that spans nearly two decades.

As The Game’s role within WWE evolved, he used his squared circle acumen to nab the title of WWE’s Chief Operating Officer. But even after trading his trunks for a suit, Triple H still reemerged whenever the time was right to forge epic battles in the ring, including WrestleMania showdowns against the likes of The Undertaker, Roman Reigns and Batista, a brutal rivalry with Brock Lesnar, and a WWE World Heavyweight Championship victory in the 2016 Royal Rumble Match.

Through these encounters, Triple H showed that no matter his role in WWE, those who choose to play The Game should be prepared to play by his rules. Even in his current role as COO, his mission is simple — keep WWE on the course he believes in and do whatever is best for business ... even if it isn’t what’s best for you.