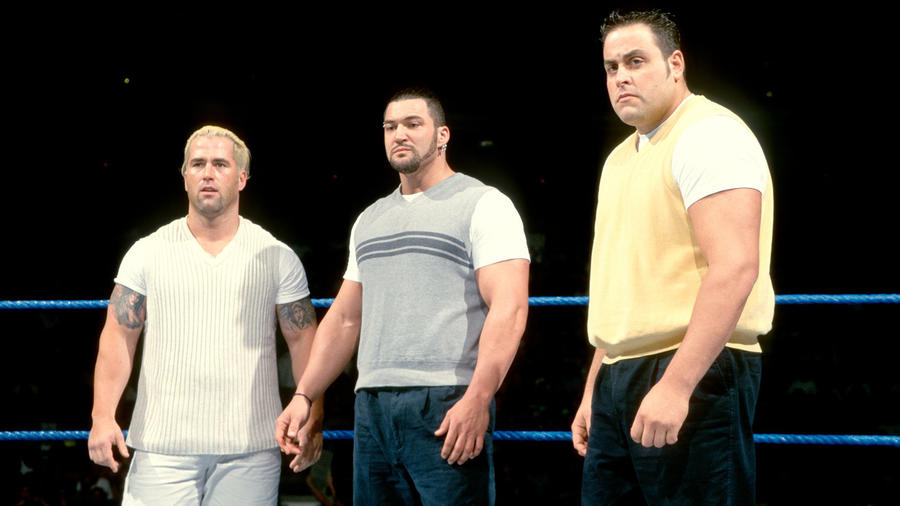 In 1999, a destructive force invaded WWE hell-bent on serving corporate overlords and demeaning heroes at every turn. Who was this unit of soldiers that quickly rose to the top of sports-entertainment?

One week before WrestleMania XV during Shane McMahon’s brutal rivalry with X-Pac, The Boy Wonder took on the resilient D-Generation X member in what was billed as a “Greenwich Street Fight.” Suddenly, X-Pac was ambushed by four men clad in sweater vests and Dockers. They were quickly identified as Pete Gas, Rodney, Willie Green and Billy P — Shane McMahon’s boys from Connecticut.

The entitled thugs proudly proclaimed themselves as hailing from the “mean streets” of Greenwich, Conn. But anybody who’s ever taken a ride on the Metro-North Railroad knows that the streets in Greenwich are lined with hedge fund offices and expensive high-end boutiques. Although Willie and Billy went back to their summer homes on the Cape, Rodney and Pete Gas stuck around as The Mean Street Posse. The two punks played a major role in the emotional soap opera involving Stephanie McMahon, Tripe H, Test and their pal Shane.

Eventually, the fratty bros moved away from the main event spotlight and competed in bouts utilizing high-impact tandem maneuvers they dubbed the Stock Exchange, High Society and Pete Gas’s devastating Gas Mask. But after being bested by a pair of geriatric “stooges,” Pat Patterson & Gerald Brisco, the two remaining Posse members recruited a third — Joey Abs. While Rodney & Pete Gas had a thimble full of ring training, Joey Abs was as skilled as anyone else on the WWE roster. Together, the trio of preppy thugs were never seen in the squared circle without their muscles hidden under sweater vests.

When Crash Holly declared that he’d defend his Hardcore Title 24 hours a day, seven days a week, the Posse were the first to take Crash up on his offer. After unsuccessful ambushes in a hotel room and arena parking lot, Pete Gas pinned Crash at the Newark Liberty International Airport baggage claim to give the Posse their first taste of championship gold.

Pete’s reign lasted only a matter of moments, but during a Hardcore Battle Royal at WrestleMania 2000, each member of the Posse enjoyed a brief reign with the title. Further attempts by the bumbling trio to regain the title, including dressing as clowns and attacking Crash outside a circus, came up fruitless.

These days, the Posse works in ventures outside the wrestling ring, but they still show up to work in sweaters and khakis.