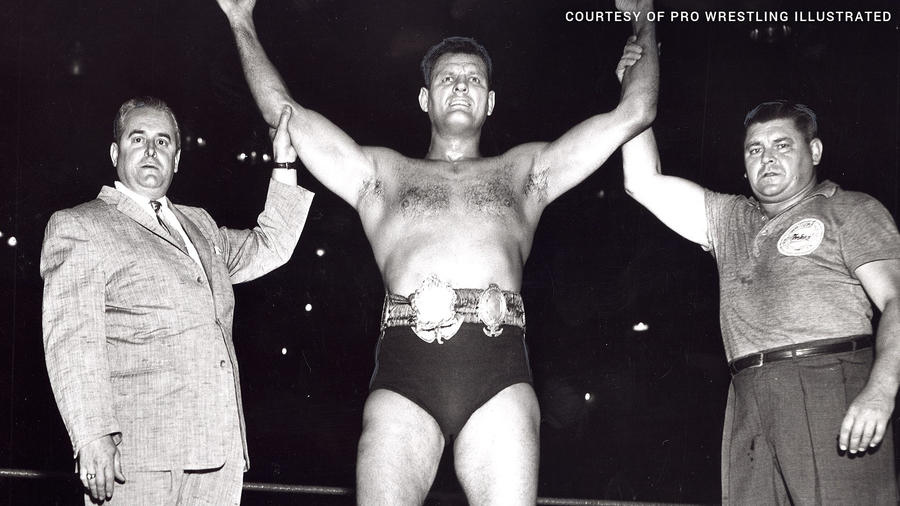 Inside the ring, Walter Kowalski went by a simple, yet painfully true nickname: "Killer." As anyone who ever stepped in the ring with Kowalski will tell you, his moniker was more than appropriate.

Known for his dreaded Iron Claw, Kowalski began his 30-year sports-entertainment career in St. Louis in 1947. Soon, however, he was competing all throughout the United States and Canada as well as overseas. Perhaps his most infamous moment came at the Montreal Forum in 1954, and it was the night he truly earned the "Killer" nickname. During a Steel Cage Match against Yukon Eric, Kowalski ripped off part of his opponent's ear, cementing his already frightening reputation.

After winning several regional titles in North America in the first half of his career, Kowalski came to WWE and became a perennial No. 1 contender to Bruno Sammartino during Bruno's lengthy title reign. While he was never able to unseat Sammartino (or later Pedro Morales), Kowalski enjoyed tag team success in WWE. He and Gorilla Monsoon held the United States Tag Team Championship in 1963, and more than a decade later, Kowalski and trainee Big John Studd donned masks and won the World Tag Team Championship in 1976 as The Executioners.

As a strict vegetarian devoutly dedicated to fitness, Kowalski was able to outlast many of his peers in the squared circle. However, as he began winding down his in-ring career, Kowalski became more prominent in his second profession as a trainer. Studd was one of his first trainees, and after officially retiring in 1977, Kowalski moved to suburban Boston and opened a wrestling school.

The Killer Kowalski Institute of Professional Wrestling stood for a quarter-century, turning out several future WWE Superstars; 14-time WWE World Heavyweight Champion Triple H, WWE Performance Center Head Trainer Matt Bloom and former ECW and WCW World Tag Team Champion Perry Saturn are just a few of the Superstars who began their career under Kowalski's tutelage. In 2003, however, Kowalski sold the rights to his school and stepped out of the spotlight after nearly 60 years in the business.

Once Kowalski's students graduated, however, they were never far from his heart. In 1994, he made a surprise appearance at ECW to give Saturn and fellow trainee John Kronus new ECW World Tag Team Championships. Fittingly, when he was inducted into the WWE Hall of Fame in 1996, it was Triple H who inducted him.