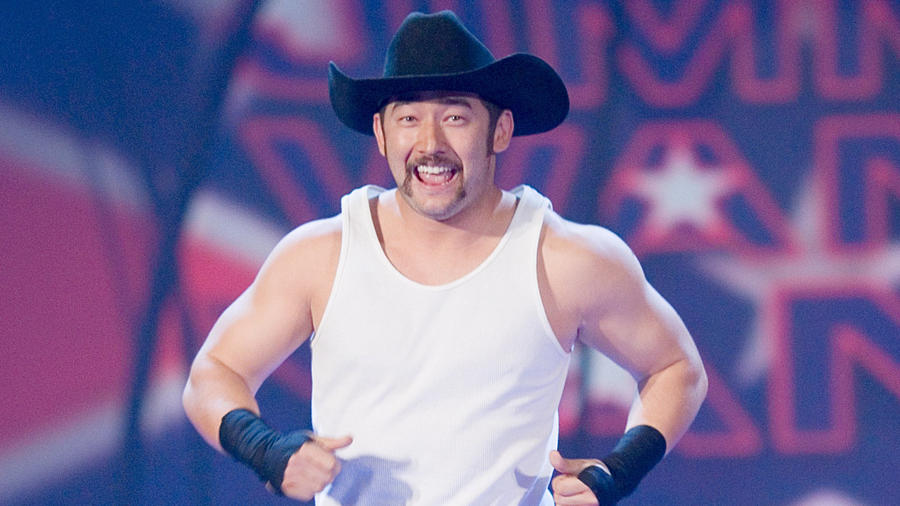 Jimmy Wang Yang’s Fu Manchu mustache and cowboy hat resembled a redneck costume you’d find at a party store, which was fitting, considering Halloween helped him get a foot in the sports-entertainment door.

When Yang was a teenager, he and his buddies trick-or-treated at every house in suburban Georgia until they found Diamond Dallas Page’s. Yang stayed in touch with DDP throughout high school, and a week after graduation, he was training in WCW’s famed Power Plant.

In the final days of WCW, Yang formed The Jung Dragons with Kaz Hayashi and Jamie Noble in the revived Cruiserweight division before joining WWE as Akio, one of Tajiri’s high-flying henchmen.

Yang left WWE in 2005, but a fortuitous run-in with Mr. McMahon at Backlash 2006 brought him back into the fold. The cruiserweight returned soon after as a fun-loving, high-flying redneck much closer to his southern roots than the serious Akio.

Whether a Yung Dragon or an Asian redneck, Yang always brought the high-flying excitement to the squared circle.