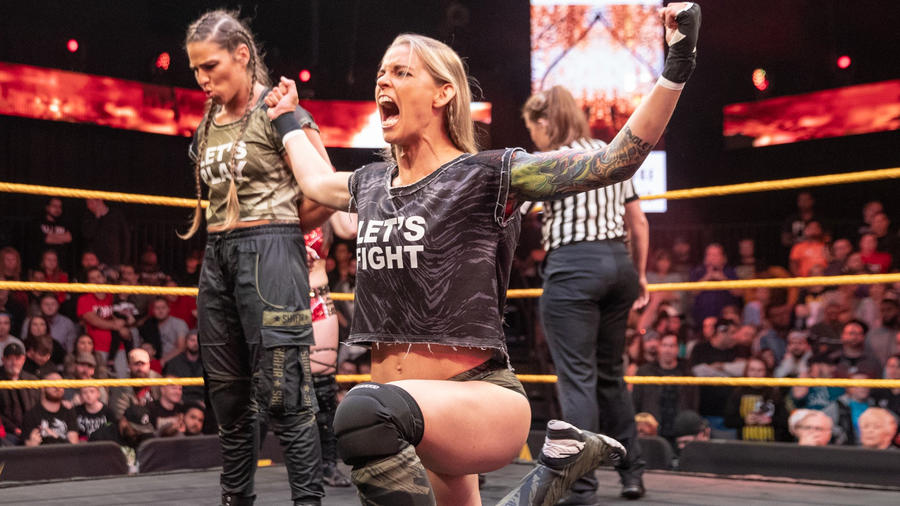 Jessamyn Duke has one question for NXT: “Who’s first?”

Standing at an intimidating 5-foot-11 with a 73-inch reach and a taxing arsenal, “The Appalachian Amazon” is an imposing force who demands both caution and attention. Having competed professionally in the bantamweight class for several years under the banners of Invicta FC and the UFC, the rangy catch-wrestling specialist boasts a well-respected mat ground game and a purple belt in Brazilian jiu-jitsu.

In 2013, Duke was a member of the UFC’s “Ultimate Fighter” reality competition series, where she was taken under the wing of Ronda Rousey and went on to become one-fourth of the dreaded MMA Four Horsewoman, alongside Rousey, Shayna Baszler and Marina Shafir.

After battling inside the octagon for several years, Duke made the official move from mixed martial arts to sports-entertainment in May 2018 when she reported for training at the WWE Performance Center.

Now, Duke goes uncaged on the black-and-gold brand, where she prepares to unleash unbridled intensity.