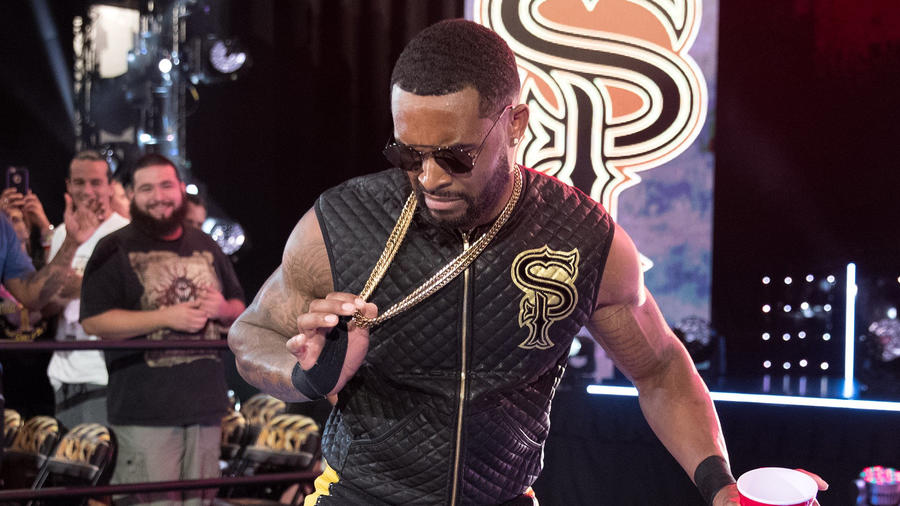 When you bring the swag like Montez Ford can, you might be forgiven for bragging a bit.

First recruited into the WWE Performance Center in 2015, Ford was destined for big things from day one. Even though he had no prior experience in sports-entertainment, Ford’s athleticism demanded such high expectations. A track star in his youth, Ford shattered high school records in events like the 200- and 400-meter dash before enlisting in the U.S. Marine Corps, where he accumulated a perfect 300 score on the physical fitness test. King Tez has been no less impressive since joining NXT, either. A 62-inch box jump and 10-foot, 10-inch broad jump are the kind of feats that most men can only dream of. For Ford, “issa light day” at the WWE Performance Center.

Becoming a part of Raw, Dawkins and Ford continued to get the smoke competing in some thrilling bouts with some of the red brand's top tandems, including The Viking Raiders and The O.C., before they defeated Seth Rollins & Murphy to capture the Raw Tag Team Titles.

Then, still Raw Tag Team Champions, Ford and Dawkins were drafted to SmackDown in 2020 and effectively traded their gold with The New Day to become SmackDown Tag Team Champions, going on to earn a huge victory over Kof Kingston & Xavier Woods at Survivor Series. Now back on Raw after the 2021 WWE Draft, The Street Profits still want the smoke.

With the WWE Universe by their side and a red cup in hand, The Street Profits are destined to be major players in the tag team division for years to come.