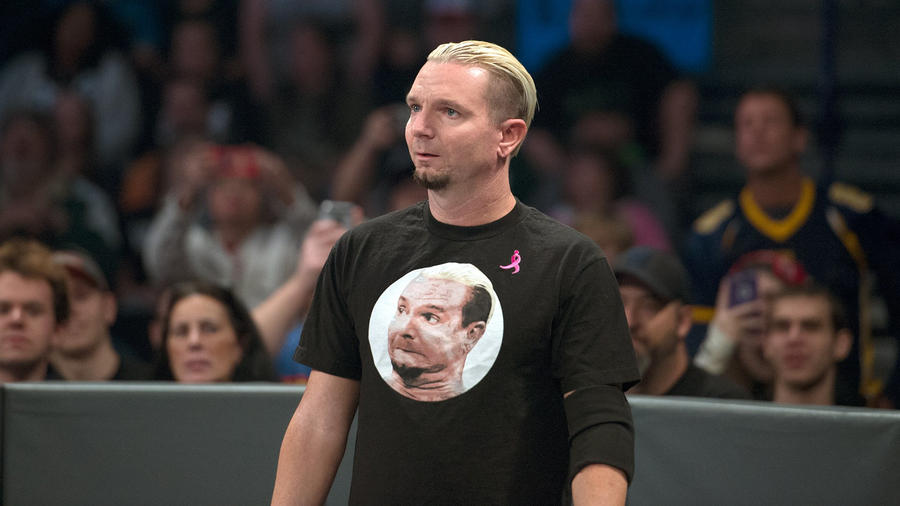 James Ellsworth wasn't the biggest guy in WWE. He wasn't the strongest guy. But he was living proof of his own mantra —any man with two hands has a fighting chance.

Initially trotted out as chum for Braun Strowman on Raw, Ellsworth soon found himself in the land of opportunity on SmackDown LIVE. With the help of Dean Ambrose, Ellsworth would earn the distinction of picking up two consecutive victories over WWE Champion AJ Styles, one via disqualification in a WWE Title Match.

After Ellsworth used a surprising amount of cunning to get Braun Strowman eliminated while serving as SmackDown LIVE’s official “mascot” in the 5-on-5 Traditional Survivor Series Men’s Elimination Match, he then notched another miraculous victory, with a little help from Ambrose, over Styles in a Contract Ladder Match to officially make him a member of the Team Blue roster.

By any reckoning, James Ellsworth didn't look like the kind of man you’d expect to be a WWE Superstar. But he didn't need any kind of preordained success story to make his way, or more importantly, make his mark. You just had to give him a ring, long odds and his two hands. He took care of the rest.