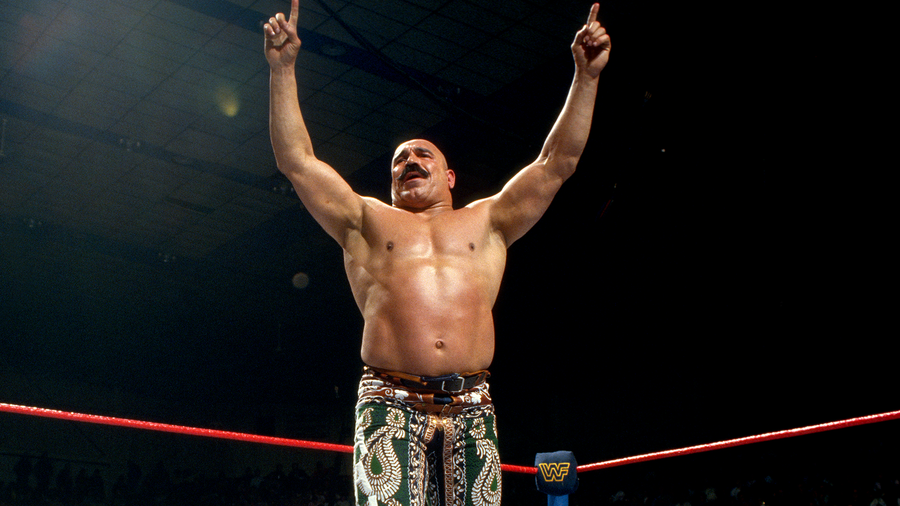 The Iron Sheik became WWE Champion the day after Christmas in 1983 when he defeated Bob Backlund at Madison Square Garden. The victory was a controversial one, as Backlund's manager Arnold Skaaland threw in the towel after Backlund refused to submit.

The Iron Sheik held the title for just under a month before losing the championship to Hollywood Hogan on January 23, 1984 in one of the most famous matches of all time. Although The Iron Sheik lost, he was involved in the match that launched the career of Hollywood Hogan, which put professional wrestling in the mainstream light for the first time.

A former amateur wrestler in his native Iran, The Iron Sheik was a master of the suplex, although he was best known for his crippling Camel Clutch maneuver. After losing the WWE Championship, The Iron Sheik engaged in one of the most famous and nationalistic rivalries in wrestling history when he butted heads with Sgt. Slaughter. Slaughter beat The Iron Sheik in a famous Boot Camp Match at Madison Square Garden.

Soon after, The Iron Sheik moved to the tag team division and teamed with Nikolai Volkoff. The foreign pairing went on to win the World Tag Team Championship in 1985 at WrestleMania, defeating the U.S. Express.

The Iron Sheik left WWE in 1988 and popped up in WCW in 1989 for a brief period. He then reappeared in WWE in 1991 by the side of former enemy Sgt. Slaughter as Colonal Mustafa. After that short stint, he reappeared again in 1997 as a manager of The Sultan. His last appearance was at WrestleMania X-Seven as The Iron Sheik returned for one night only, winning a Gimmick Battle Royal and re-igniting his rivalry with Slaughter in the process.