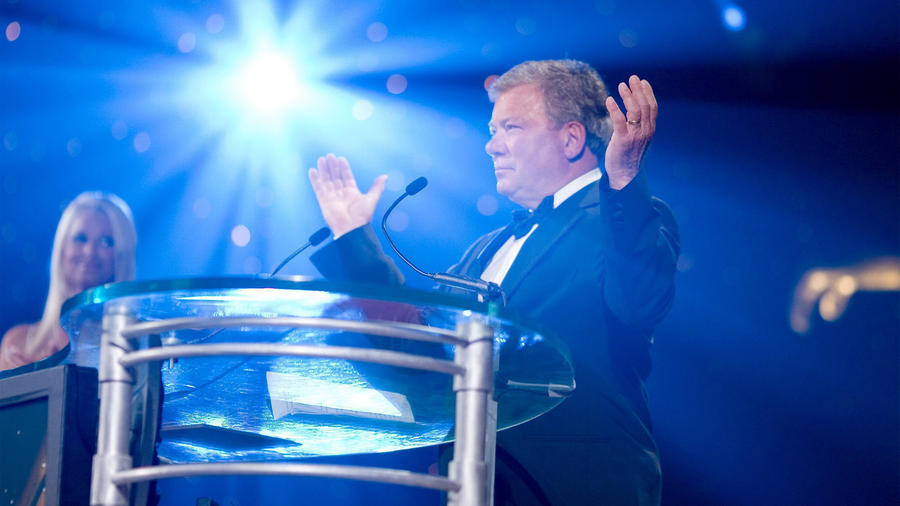 The WWE Hall of Fame: the final frontier.

Captain Kirk himself, William Shatner, has been beamed into the WWE Hall of Fame as a member of the class of 2020.

Shatner is beloved by millions around the world for his iconic portrayal of James T. Kirk, captain of the USS Enterprise in the original “Star Trek” television series, as well as the motion picture series. He’s also starred in “T.J. Hooker,” was the host of “Rescue 911,” won Emmys and Golden Globe Awards for his portrayal of Denny Crane on “Boston Legal,” and has released numerous spoken-word albums and best-selling books.

He made his first trek into the WWE Universe in early 1995, when he appeared as the special guest on Jerry “The King” Lawler’s “King’s Court.” Shatner didn’t take too kindly to Lawler’s badgering and sent “The King” flying with a monkey flip. Shatner returned to Raw one week later to be in Bret “Hit Man” Hart’s corner for a showdown against Jeff Jarrett. When Road Dogg got a little too close to the action, Shatner decked him with a big right hand and rammed him into the turnbuckle.

The disagreement between Shatner and Lawler turned out to be water under the bridge, as Shatner returned to WWE in 2007 to induct “The King” into the WWE Hall of Fame.

Shatner came back to the red brand as a special guest host in February 2010, giving the WWE Universe a memorable night as only he can, including a dramatic interpretation of several Superstar entrance themes and using his skills as The Priceline Negotiator to settle disputes.