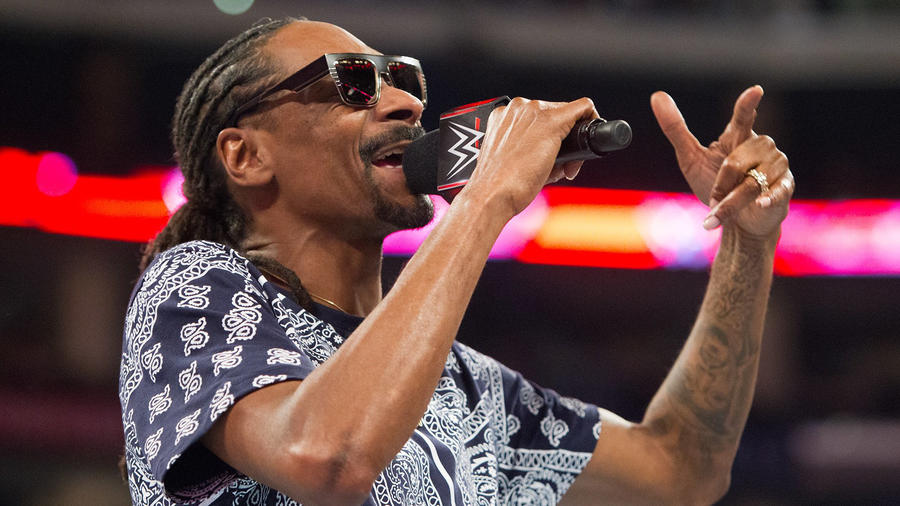 Snoop Dogg has sold more than 37 million albums worldwide, he’s the first artist ever to have his debut album top the Billboard charts, and he's won American Music, MTV Video Music and Source Awards. Now, Snoop can add another accolade to his lengthy resume: WWE Hall of Famer.

When he’s not laying down the hottest tracks in music, Snoop is an avid member of the WWE Universe, often joining Superstars to create a few memorable moments. He brought his unique flair to WrestleMania XXIV in Orlando, where he served as the Master of Ceremonies for a unique Lumberjill Match between Maria & Ashley and Melina & Beth Phoenix. Coming to the ring in a custom Mercedes-Benz cart, Snoop led the Lumberjills to the squared circle and introduced the competitors in his inimitable fashion. And when Santino Marella tried to confront his ex-girlfriend Maria after the battle, Snoop leveled The Milan Miracle with a clothesline, then shared a smooch with the beautiful Diva.

Snoop returned to WWE in 2009 as the special guest host of Raw. Right off the bat, he showed he was more than willing to give the WWE Universe what they want, making a blockbuster matchup between John Cena and Triple H. The hip-hop star showed that he wasn’t afraid to get physical, either, protecting Hornswoggle from a beating at the hands of Chavo Guerrero by stopping the third-generation grappler in his tracks with a huge spear.

Snoop Dogg keeps a close eye on WWE to this day, and is arguably the biggest fan of his cousin, “The Boss” Sasha Banks.

Now, the never-ending party that always follows Snoop Dogg joins him in the WWE Hall of Fame!