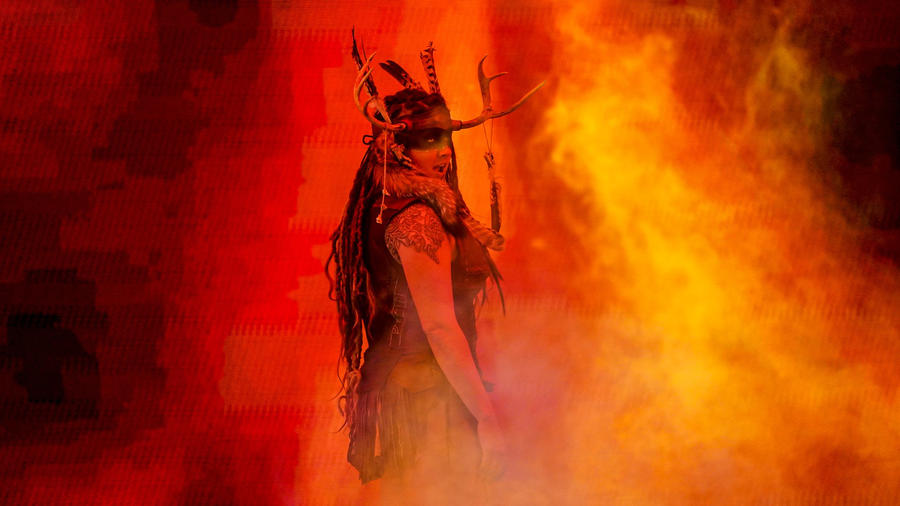 Sarah Logan, now know as Valhalla, is proud to have been “born in the woods and raised in the mud,” an upbringing that has given her the survivalist instinct of a hunter. Seeing her competition as nothing more than prey, Logan never backs down from a fight, and she doesn’t think twice about trading headbutts or closed fists with anyone foolish enough to try her.

Starting in the U.S. independent scene in 2011, Logan quickly carved out a rugged reputation. She polished her skills in Japan, where she trained under former WWE Light Heavyweight Champion Taka Michinoku at the Kaientai Dojo, and by the time headlines heralded her WWE signing in fall 2016, she had achieved notoriety in Europe and Mexico, too. Not only is Logan adrenalized by a good fight, but she’s also deceptively powerful, having won multiple Olympic weightlifting events.

On the Nov. 21, 2017, edition of SmackDown LIVE, Logan suddenly burst onto the scene, alongside Liv Morgan & Ruby Riott, to systematically lay waste to SmackDown Women's Champion Charlotte, Natalya, Becky Lynch and Naomi. Then, the 2018 Superstar Shake-up brought her to Raw, and she proceeded to unleash anarchy nearly every Monday night with her Riott Squad cohorts. At WrestleMania 35 in the WrestleMania Women's Battle Royal, Logan turned in one of her most impressive performances, racking up several eliminations and finishing the over-the-top-rope melee as the runner-up.

After some time away, Logan made her return to WWE on the November 11 episode of SmackDown, appearing alongside The Viking Raiders as they decimated both Hit Row and Legado del Fantasma. And soon, Logan assumed the name Valhalla, the name she said was given to her by the gods.

Much like she did in her youth, Valhalla employs a hunter's mentality whenever she steps into the squared circle, and her fellow SmackDown Superstars would be wise to avoid her crosshairs.