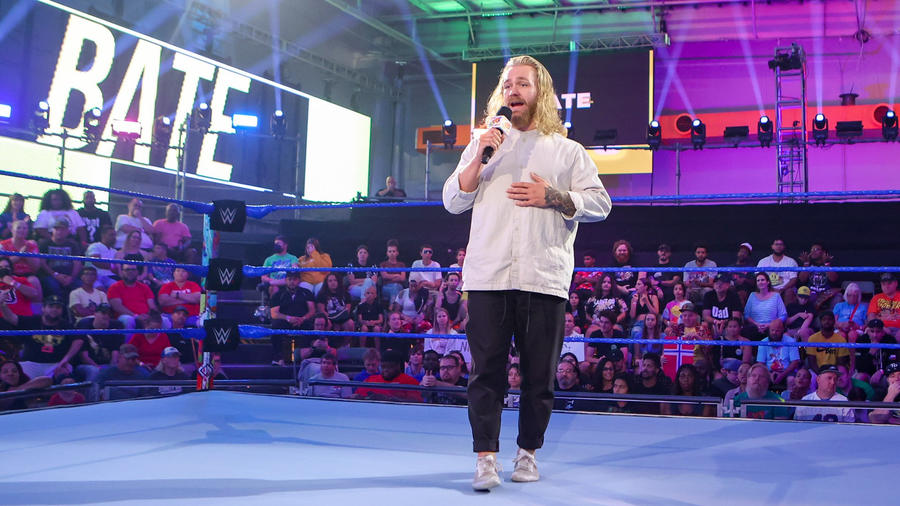 The first-ever United Kingdom Champion has made his way to NXT UK, ready to take his already prestigious career to the next level against to top Superstars from the UK and Ireland. Translation, the NXT UK locker room should definitely be concerned.

With experience in promotions like Fight Club Pro, PROGRESS and Chikara, Tyler Bate, who hails from Dudley, England, spent his formative years inside the ring inspired by one of the more eclectic groups you’ll ever hear - Johnny Saint, Steve Grey and The Big Red Monster, Kane.

Bate honed his craft while earning his daily quid as a forklift operator to pay the bills. A technically sound wrestler who prefers things fair but isn’t afraid to get down and dirty, Textbook Tyler fought his way through four opponents in the WWE United Kingdom Championship Tournament in 2017 — including the vicious Pete Dunne in the Finals — to become the first WWE United Kingdom Champion at age 19. And if he made history as a teenager, imagine what the future holds for this gifted upstart.

Alongside Moustache Mountain partner Trent Seven, Bate emerged on the scene in NXT UK and made it clear that he and The Don are the best that the United Kingdom has to offer, by not only winning the NXT UK Heritage Cup but also the NXT UK Tag Team Championship with Seven. However after losing the NXT UK Tag Team Championships to Ashton Smith and Oliver Carter, Bate was blindside by Seven who turned on him after the match.

The fierce rivalry between the former tag team partners came to a head in the finals of the NXT UK Championship Tournament where Bate put his longtime friendship behind him and became the first-ever two-time NXT UK Champion on the final episode of NXT UK.

After bringing the NXT UK Title across the pond for a thrilling Title for Title Match with Bron Breakker at NXT Worlds Collide, Bate is ready to leave his mark on NXT.