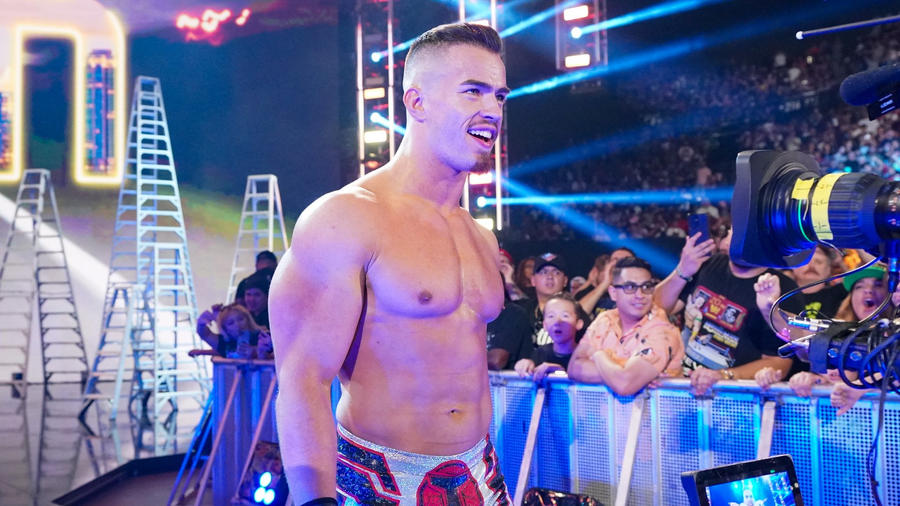 Some people just get it, and it didn’t take Austin Theory long to become the kind of Superstar who travels the world, racks up championships and finally makes it to WWE. In fact, he did it all before he was 23, in just a short but sweet four years.

Theory is a study in rapid, meteoric ascent, appearing across Progress, EVOLVE and CMLL from 2017 to 2019, where he rubbed shoulders and threw hands with future NXT and WWE Superstars. In 2019, he defeated future NXT and NXT UK fixtures Roderick Strong and Fabian Aichner to win the EVOLVE Championship.

So strong was Theory’s reputation that he signed with NXT while still holding that title before briefly moving to Raw.

After serving as a key member of The Way alongside Johnny Gargano, Candice LeRae and Indi Hartwell in NXT, Theory continued to ascend, so much so that he was selected by Raw in the 2021 WWE Draft and quickly became both the youngest United States Champion and youngest Mr. Money in the Bank in WWE history.

Theory suffered his biggest setback to date when he tried cashing in his Money in the Bank Contract on United States Champion Seth "Freakin" Rollins. Unfortunately for Theory, he would end up losing as Bobby Lashley interfered to cost Theory the match. As such, Theory joined the list of Superstars that failed to cash-in with the likes of John Cena, Damien Sandow, Baron Corbin and Braun Strowman.

Luckily for Theory, he bounced back at Survivor Series, capturing his second U.S. Title in a Triple Threat Match against Rollins and Lashley!

By the time he’s 30, Theory may well be running this place.