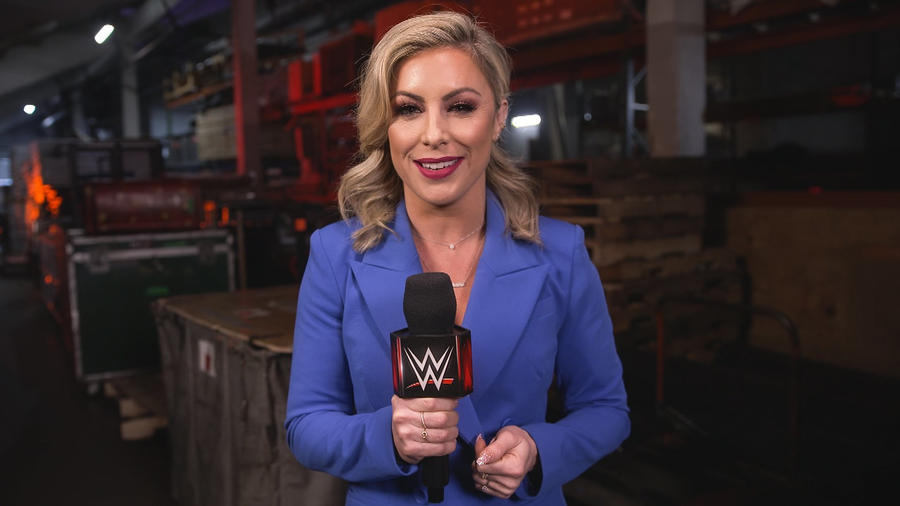 When news breaks in the Raw locker room, you can be sure that Sarah Schreiber will be there to cover it.

Prior to becoming part of the red brand, Schreiber made her mark as part of NXT's broadcast team during WrestleMania Week 2018 and quickly became a fixture of the black-and-gold brand, where she regularly grilled some of sports-entertainment’s brightest up-and-coming Superstars in hard-hitting post-match interviews. Her duties didn’t end there, either, as Schreiber also served as the ring announcer and host at many NXT Live Events.

Schreiber now brings her diverse and extensive entertainment background to Raw. Holding a Bachelor of Fine Arts degree in musical theater from the University of Miami, Schreiber can sing and play the flute, and she has performed at venerable venues such as Carnegie Hall and the Lincoln Center. An actress since childhood, Schreiber also has a long list of film and TV credits to her name, too, from appearances on “The Late Show with David Letterman” and “Bloodline” to playing opposite Bruce Willis in a commercial.

As a member of the Raw team, Schreiber can be counted on to go the distance to bring the WWE Universe closer to the action than ever before.