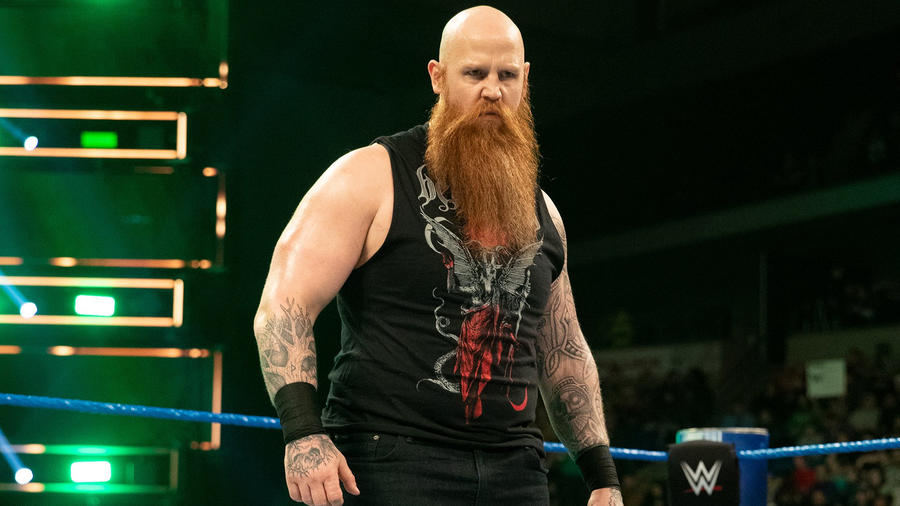 Don’t let the sheep mask fool you: “Gentle” is not in Erick Rowan's vocabulary.

Despite the dirty woolen façade this bearded brawler wears to the ring, Erick Rowan bears far more similarities to a predator than prey. As a member of Bray Wyatt’s Wyatt Family, Rowan initially supplied both muscle and intimidation throughout The New Face of Fear’s quest to conquer WWE, teaming with fellow family member Harper in the process.

Rowan has proven to be a formidable foe for anyone who crosses his path. With the ability to deliver a devastating roundhouse kick one second followed by a top-rope splash the next, this monstrous Superstar is one of WWE’s most intimidating and athletic big men.

After he disappeared from the locker room for a while, mysterious videos began to prophesize Rowan's haunting return to action. Then, alongside his partner Harper, Rowan reemerged on SmackDown LIVE, and the scourge of The Bludgeon Brothers was born. Quickly dominating the division, Harper & Rowan won the SmackDown Tag Team Titles in impressive fashion at WrestleMania 34 where they beat defending champions The Usos and The New Day in a Triple Threat Match.

When The Bludgeon Brothers faded from the scene, Erick Rowan made an unexpected return at Royal Rumble 2019, aiding WWE Champion “The New” Daniel Bryan in his victory over AJ Styles. And after weeks of speculation that summer, Rowan shockingly admitted to being the perpetrator behind the heinous attacks on Roman Reigns!

He's now brandishing a small cage everywhere he goes on Raw, and while its contents remain a mystery to this point, what kind of anarchy will the behemoth unleash on the red brand?