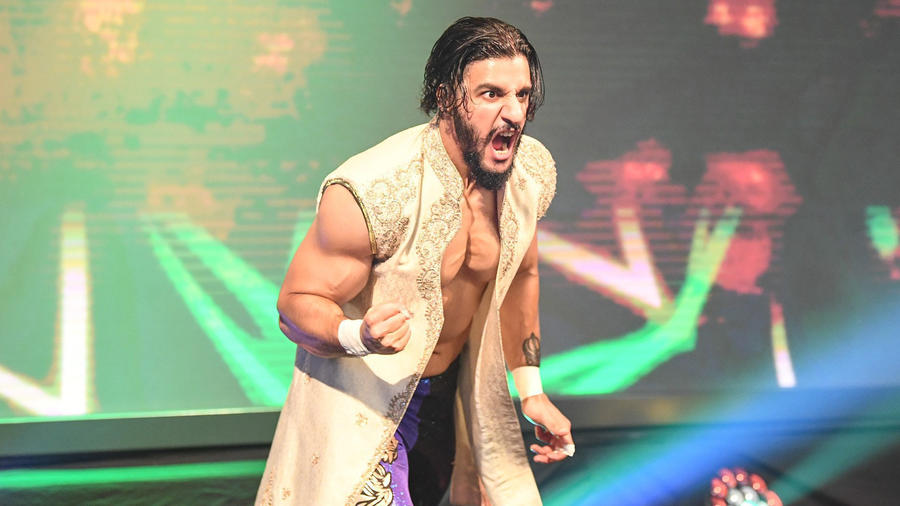 Rohan Raja used to be a man of the people, ready, willing and able to lay it all on the line and wear his heart on his sleeve while competing in NXT UK.

That all changed during a fateful encounter with the unsettling Teoman.

Raja proved his toughness by refusing to submit until Teoman ruthlessly snapped his arm, but when he returned to NXT UK, it wasn’t to get payback against his attacker.

Instead, Raja immediately pledged his loyalty to Teoman and formed arguably one of the deadliest tandems in NXT UK. Seemingly all in on his alliance with Teoman, the new-attitude Raja looks primed to stand atop the brand for years to come.