The Volunteer State of Tennessee 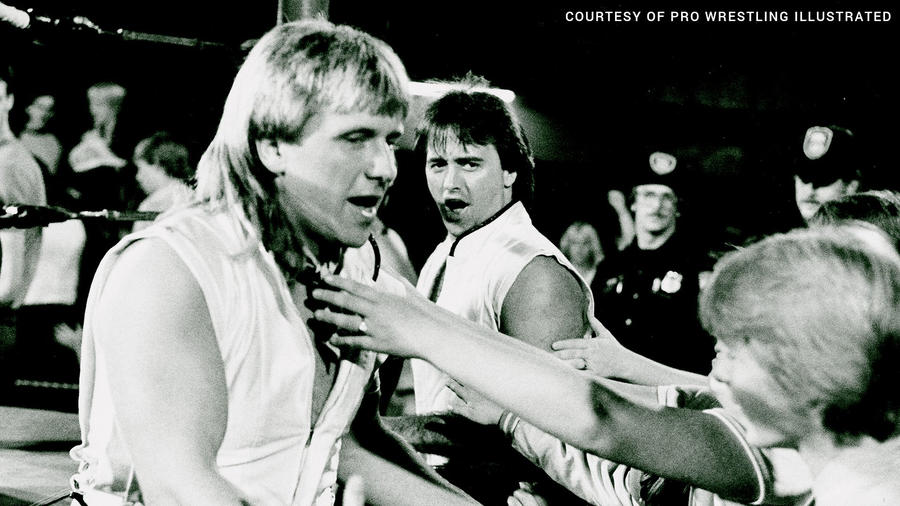 Rock ’n’ roll is here to stay, now that Ricky Morton and Robert Gibson are in the WWE Hall of Fame.

A groundbreaking tag team who inspired The Rockers and a generation of other tandems, The Rock ’n’ Roll Express first left the station in 1983 when Ricky and Robert joined forces in Jerry Lawler’s Memphis-based wrestling territory and never stopped going. With long, flowing hair, flashy outfits and bandanas from head to toe, The Express were treated like heartthrob rock stars everywhere they went. Ricky and Robert had to fight through screaming throngs of teenage girls just to get into the ring.

But Ricky and Robert weren’t just pretty boys — they could fight. Once the bell rang, The Rock ’n’ Roll Express brought that high-octane attitude into the squared circle. Often outsized, Ricky and Robert relied on speed and agility to combat their opponents. And in the event that they found themselves overpowered, they had the innate ability to rally a crowd behind them and will them back into the fight.

Their fast-paced offense, teen idol looks and rock ’n’ roll charm made The Express one of the most popular tag teams in sports-entertainment history and the perfect foils for villains like The Four Horsemen, The Russian Team, The Heavenly Bodies and their greatest rivals, Jim Cornette’s Midnight Express. Ricky and Robert fought the tennis racket-wielding loudmouth’s charges around the world for the top tag team titles in the industry and set the bar for a generation of tandem competitors.