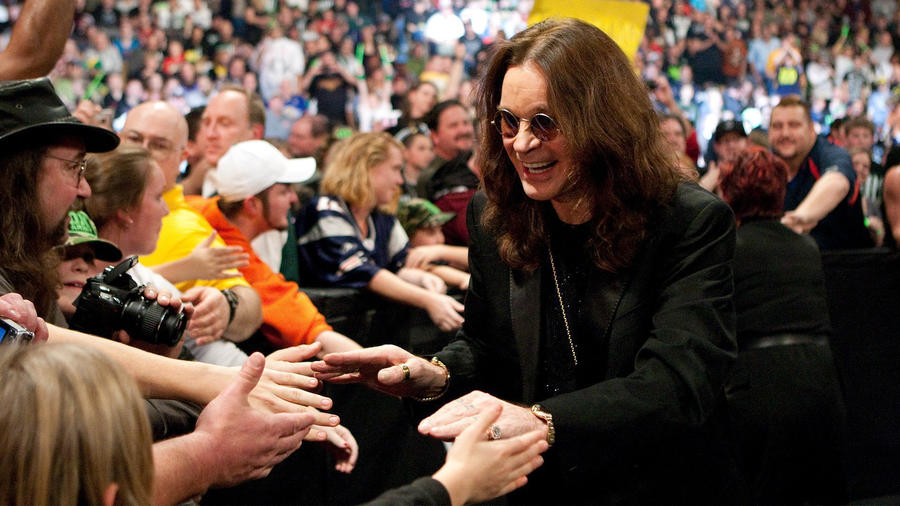 The Crazy Train is pulling into the WWE Hall of Fame.

Ozzy Osbourne, legendary heavy metal singer and longtime WWE collaborator, is the Celebrity Inductee in the WWE Hall of Fame’s Class of 2021.

Osbourne burst onto the music scene in the 1970s as the frontman of Rock & Roll Hall of Fame band Black Sabbath, whose legendary tune “War Pigs” recently served as the theme for NXT TakeOver: WarGames. After eight incredible albums with Sabbath, Ozzy embarked on a solo career that catapulted him into superstardom. Songs like “Crazy Train,” “Mr. Crowley,” and “Bark at the Moon” remain some of heavy metal’s most enduring anthems to this day.

Along the way, Ozzy made several stops into the WWE Universe. His first came on The Grandest Stage of Them All, at WrestleMania 2, when he joined forces with Captain Lou Albano to manage The British Bulldogs as they captured the World Tag Team Championships. Osbourne dropped by several times in the 2000s, whether it was to perform his latest single or as the special guest host for a memorable edition of Monday Night Raw that featured a highly entertaining Superstar talent show – “Raw’s Got Talent.”

A truly legendary performer like Ozzy is the perfect fit for the WWE Hall of Fame.