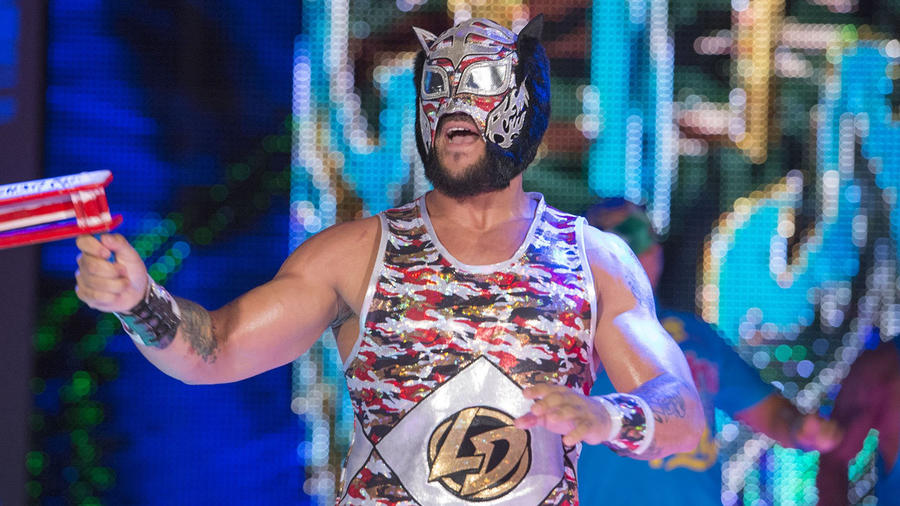 Lince Dorado, the golden lynx of lucha libre, is looking to claw through the competition on Monday Night Raw.

A nine-year veteran of the mat game, Dorado was trained in the squared circle by “Lightning” Mike Quackenbush, WWE Superstar Cesaro, NXT Superstar Kassius Ohno and lucha legends El Pantera and Skayde. Their experience provided him with a well-rounded wrestling education and helped him become an athlete who could compete on the ground or in the air.

After honing his craft around the world, including stops in Mexico and Japan, The Golden Lynx brought his fast-paced and high-flying style to WWE. A high-flying thriller on his own, Dorado teamed up with Kalisto and Gran Metalik to form one of the most exciting trios imaginable, The Lucha House Party. Dorado also came within an eyelash of winning the WWE Cruiserweight Title when he tangled with then-champion Drew Gulak and Humberto Carrillo in an edge-of-your-seat Triple Threat Match at WWE Clash of Champions 2019.

The Lucha House Party trio became a duo, however, when Dorado and Gran Metalik were drafted to Raw during the 2020 WWE Draft.