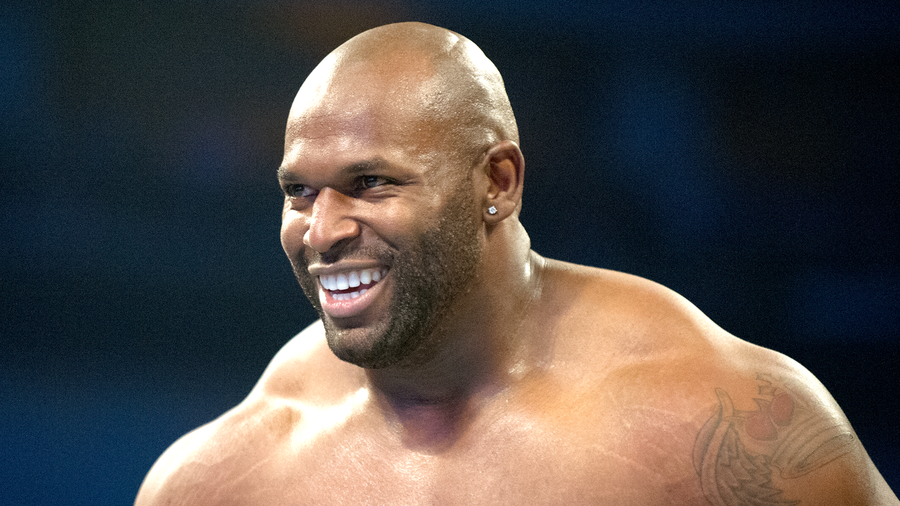 With a lethal combination of bullish strength and a motor that wouldn't stop running, Jackson punished many top WWE contenders and even manhandled some of the biggest ones. How big, you ask? How about suplexing Big Show and making The Great Khali submit with a torture rack?

There's no questioning why he called himself The "Personification of Domination."

Big Zeke muscled his way into WWE in 2008, first acting as a bodyguard and adviser for The Brian Kendrick, but it soon became apparent he was too driven to walk in anyone's shadow. One year later, Jackson found his comfort zone in WWE's relaunched ECW, taking satisfaction in opponents' suffering. Christian learned first-hand that Ezekiel’s fury wasn't all about strength, either, when he was betrayed during a tag team match as Jackson sided with William Regal and Vladimir Kozlov to form the "Ruthless Roundtable."

Again flashing his sinister side, Jackson later turned his back on Kozlov and set his sights on capturing his very first title. It took the last aired episode of WWE's ECW to get the job done, but Jackson claimed some championship gold to wrap around that hulking frame when he defeated Christian in an Extreme Rules Match for the ECW Title.

While that reign ended as soon as it began, Jackson proved it wasn’t a fluke. The Guyanese Goliath overpowered Wade Barrett at WWE Capitol Punishment 2011 to capture the Intercontinental Championship, and perhaps more impressively, triggered a breakup of Barrett's faction "The Corre."

During his time in WWE until April 2014, the powerful Jackson never veered from his primary objective: domination.