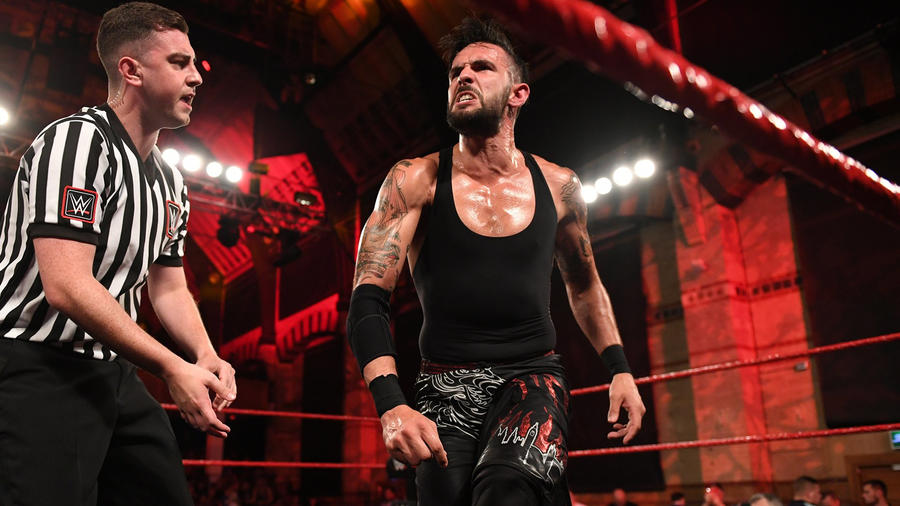 A former Headmaster turned professional wrestler, Eddie Dennis gave up everything to follow his dream of competing in the squared circle. And now that he has arrived in NXT UK, he quite simply refuses to be second best.

Armed with a slow, methodical style, supreme confidence, a brutal dark side and a major chip on his shoulder, the towering Welshman is as dangerous as they come, and anyone who steps in the ring against him had best not underestimate the dominant competitor for a second.

And now that he's the brains behind savage competitors such as Primate, Wild Boar and T-Bone, he is clearly looking to stand out on his own with his focus firmly set on NXT UK glory and taking out anyone who gets in his way.