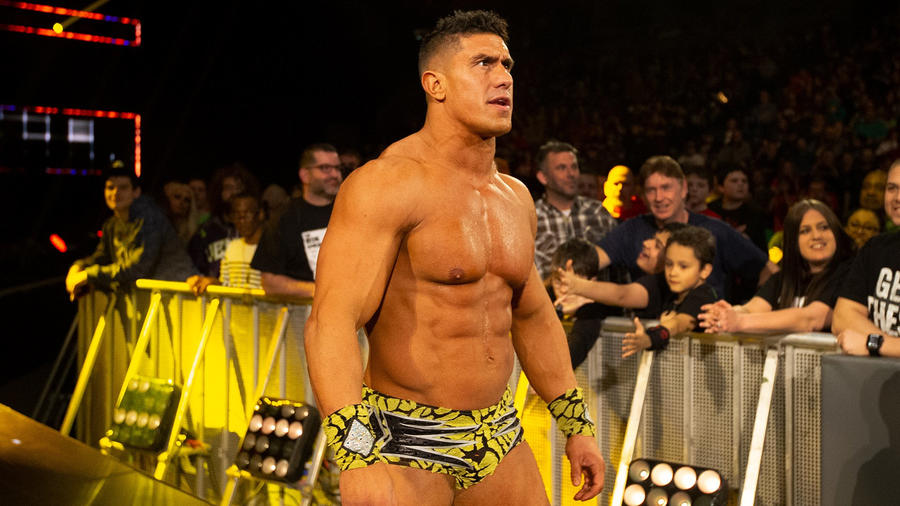 When it comes to power, poise and athletic prowess, EC3 is in a class of his own. Also, presumptuousness. Calling himself the “Top One Percent” of the wrestling industry, EC3 believes the red carpet should be rolled out for him wherever he goes. Given his track record, it’s hard to argue otherwise.

Competing since 2002, EC3 first found his way to WWE in the early 2010s. Though his otherworldly charisma and insane strength were evident from the start, EC3’s initial tenure in WWE was defined by uneven success. Departing WWE in 2013, EC3 spent the next five years maturing into an undeniable championship-caliber Superstar, winning titles around the globe and developing into one of sports-entertainment’s most compelling personalities.

When he returned to WWE in 2018, signing with NXT, EC3 came back bigger, stronger and more confident than when he left. He would join the Raw brand after the 2019 Superstar Shake-up. Now, The Top One Percent claims to not just hold, but also be the formula for success. Pomposity aside, EC3 is every bit a terror in the ring. Though he walks around like a guy who was born with a silver spoon in his mouth, EC3 can back up his boasts. When he isn’t handed whatever he wants, EC3 is all too happy to take it by force, punching however many faces it takes to get the job done.

Whether other Superstars like it, his attitude matters not. EC3 is here to stay.