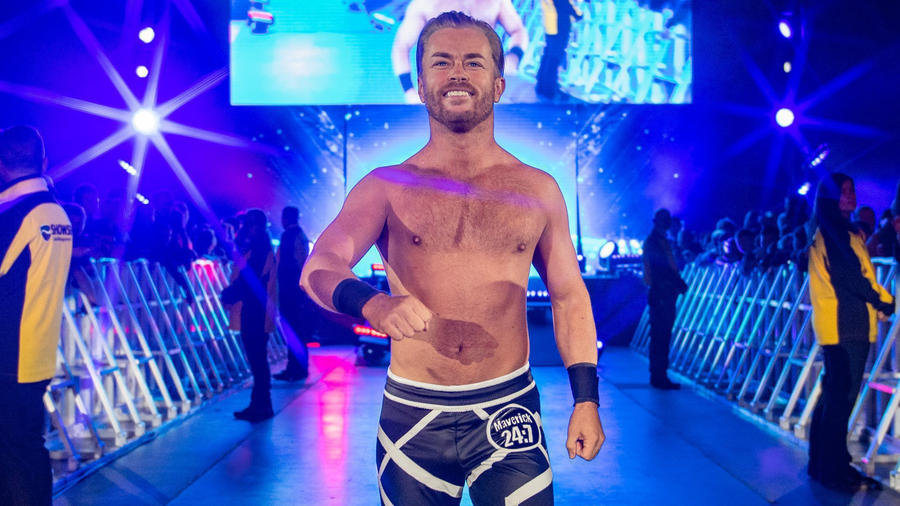 From making championship matches, to managing champions, to being a champion, there’s nothing Drake Maverick can’t accomplish when given the opportunity.

First introduced in 2018 as the dapper General Manager of 205 Live, Maverick wasted no time reinvigorating the Cruiserweight division, leading it into a renaissance period. He wore his passion on his sleeve, beaming enthusiastically whenever he spoke of his vision for the purple brand, and did everything in his power to ensure 205 Live lived up to its reputation as The Most Exciting Hour on Television.

Maverick enjoyed similar success once he decided to become a ringside manager for the tag team AOP. In short order, he guided his charges to the Raw Tag Team Title. When that association dissolved, Maverick turned his sights toward active competition and began obsessively pursuing (and eventually defending) the 24/7 Championship, leading to impromptu title bouts in parking lots, the locker room area … and even at his own wedding!

Maverick is so tenacious that, after being released by WWE in 2020, he managed to earn his job back by impressing Triple H with a Cinderella run in the Interim Cruiserweight Title Tournament. The reprieve gave Maverick all the room he needed to showcase his considerable wrestling skill once again.

Despite being undersized by sports-entertainment standards, Maverick epitomizes the “it’s not the size of the dog in the fight” adage. He has more heart than Superstars twice his size, and when Maverick commits to a goal, he’s impossible to deny. That alone should be enough to make everyone else on the Raw roster nervous.