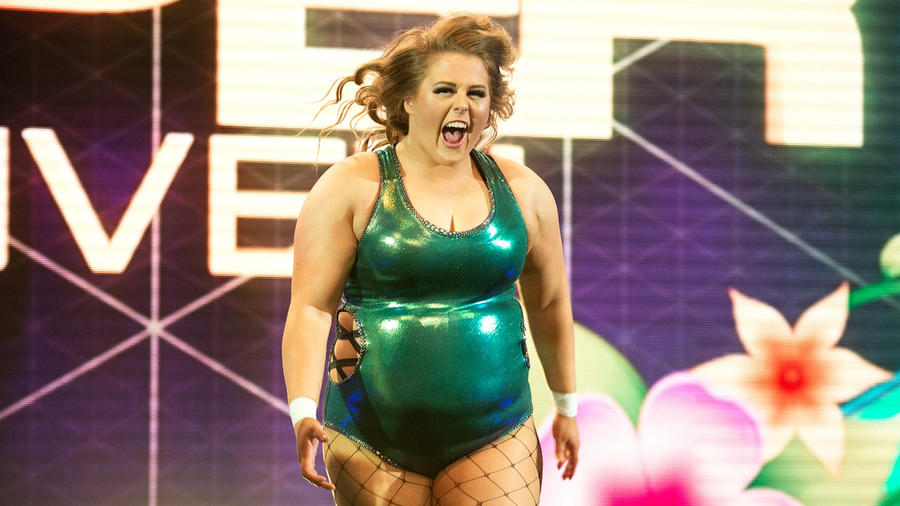 Although Eva Marie may have given her the name Doudrop, the truly imposing Superstar has since embraced it, disassociated herself from Eva-lution and is now determined to make it on her own terms.

First revealed as Eva Marie's mystery partner, the punishing cohort defeated Naomi in impressive fashion in her Raw debut. The following week, Eva Marie bestowed the new name upon her but felt the consequences in the ring when she tried to steal Doudrop's shine. This is a partnership that was destined to implode at SummerSlam 2021, though, and now Doudrop is free to pave her own path.

The no-nonsense powerhouse began on NXT UK after competing across numerous promotions, including Shine, SHIMMER and Insane Championship Wrestling, and she has yet to back down from anyone who stands in her way.

The commanding competitor joins a lineage of Scottish wrestlers who love to unleash a beating on their opponents. Drawn to sports-entertainment at an early age, Doudrop played contact sports in her youth, which no doubt set the foundation for her arrival inside the ropes in 2008. Armed with an impactful arsenal, she can knock out her competition at any given moment with a single, monstrous move.

After an impressive showing in the Mae Young Classic, she emerged on NXT UK, interrupting first-ever NXT UK Women’s Champion Rhea Ripley to proclaim her dominance. Since then, she quickly established herself as a force to be reckoned with and a definite threat to the entire NXT UK locker room and now is out to do the same on Raw.