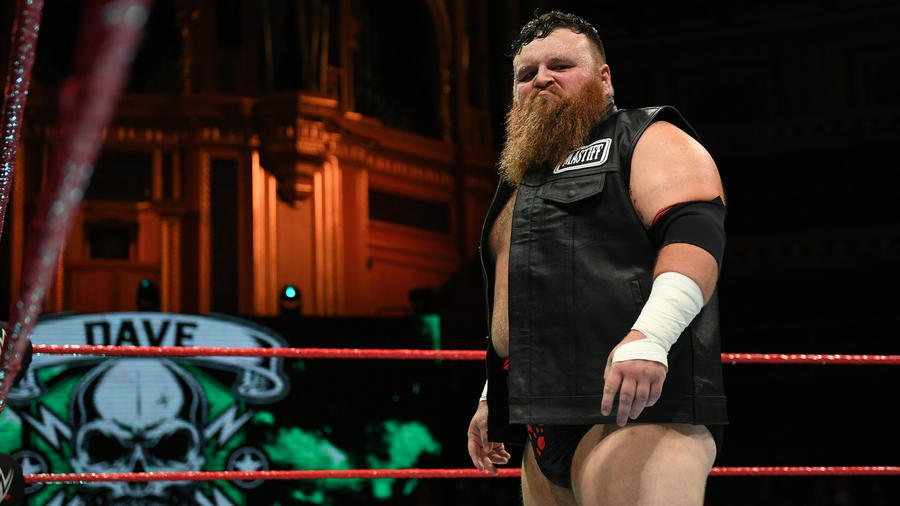 Dave Mastiff loved a good fight. Willing to take a hit in order to hit someone back even harder, the always-intense Mastiff was never accused of being bashful.

With his imposing and massive frame, the bruiser used to participate in strongman competitions, but he was also a former county-level gymnast. That all translated to a confounding but effective package inside the ring, as the big, bad Mastiff surprised opponents with feats of agility that were both awe-inspiring and destructive.

Mastiff’s diverse skill set made him an immediate threat every time he stepped through the ropes, whether he was rolling solo or trying to instill a mean streak into tag team partner Jack Starz.

Without a doubt, "The Bomber" was among the most feared competitors in the NXT UK locker room, and it was a safe bet that whenever he competed, all-out destruction followed.