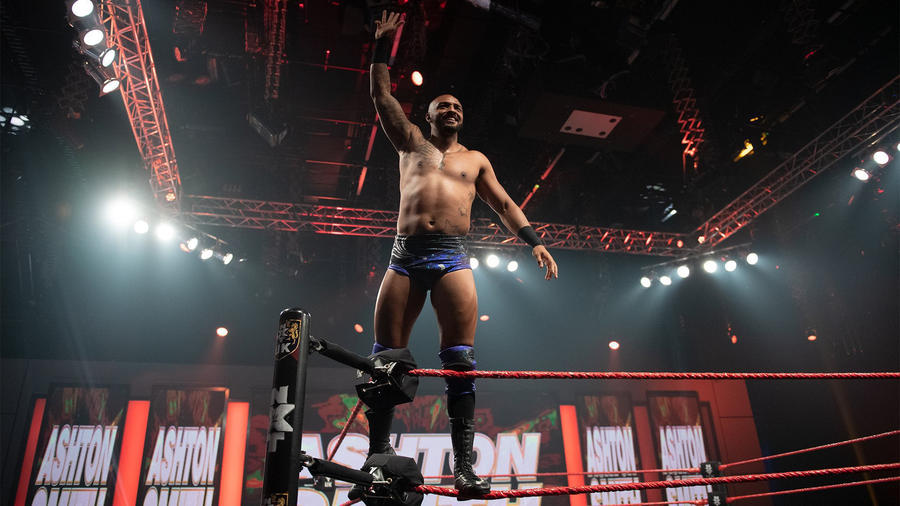 Ashton Smith had no problem pushing the action. This rangy roughneck was double-tough and extremely athletic, using spring-loaded leaping ability and deceptive speed to get the best of his opponents.

Whether standing toe-to-toe exchanging hard chops or soaring above the ring with aerial attacks, Smith was equally equipped. His wide-ranging style had led to tremendous success in the United Kingdom: He has won titles in Preston City Wrestling, Insane Championship Wrestling and FutureShock Wrestling, among other organizations.

After competing in the WWE United Kingdom Championship Tournament at the legendary Royal Albert Hall in June 2018, the hard-hitting leaper stepped into the squared circle with the best competition that NXT UK had to offer. His exciting tag team with Oliver Carter experienced its fair share of ups and downs, but they finally broke through by defeating Moustache Mountain and winning the NXT UK Tag Team Championship in an incredible Triple Threat Tag Team Match.