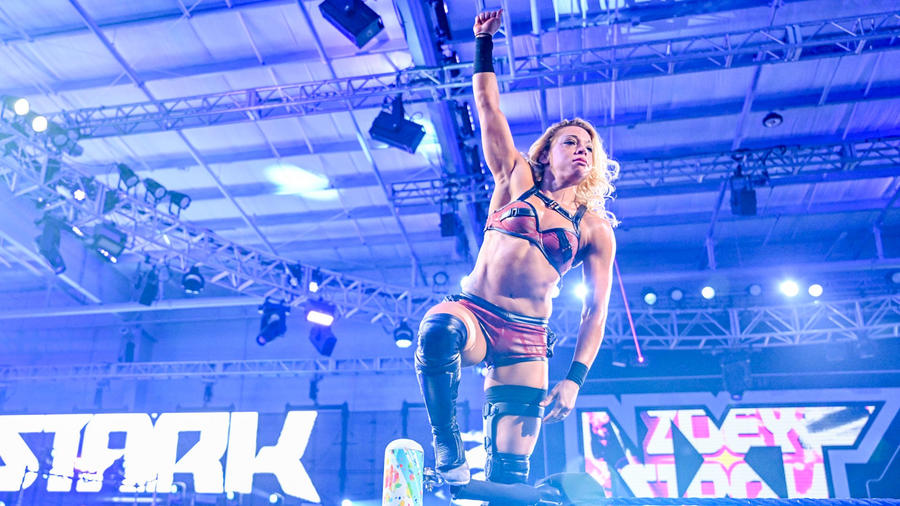 Zoey Stark’s rise is undeniable, and she’s only getting started.

After honing her craft in several promotions around the country, Zoey Stark emerged in WWE to make quite an impact in a short time. After first gaining notoriety competing in the 2021 Women's Dusty Rhodes Tag Team Classic, the powerhouse competitor journeyed to NXT in February 2021 where she quickly made an impact with a key victory over Toni Storm at NXT TakeOver: Stand & Deliver.

Before long, she joined forces with Io Shirai to get her first taste of gold by conquering The Way’s Candice LeRae & Indi Hartwell and capturing the NXT Women's Tag Team Championships at NXT Great American Bash 2021.