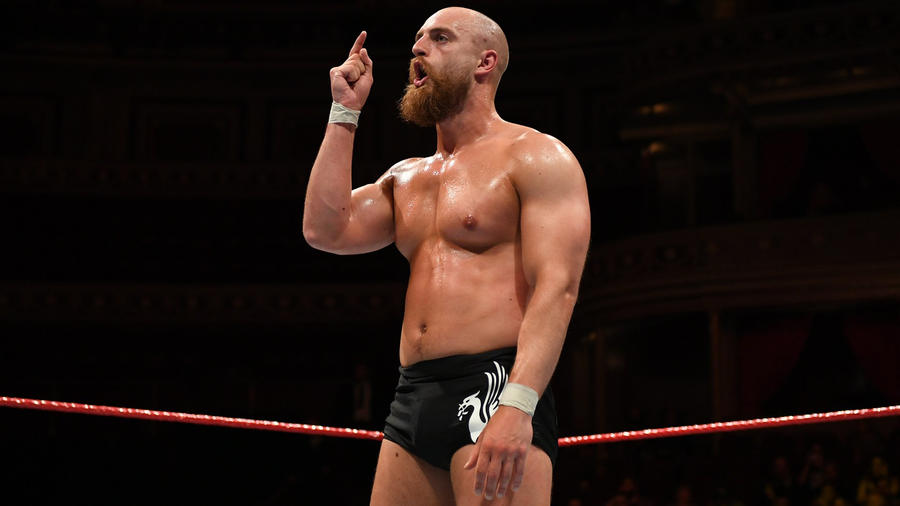 Zack Gibson is willing to do whatever it takes to get the win, which makes him a truly dangerous competitor. He prefers straightforward rugged substance over flash, and he enjoys telling fans exactly what he thinks of them — a trait that has led to him becoming one of the U.K.’s most despised grapplers.

Gibson also proudly embodies his local Liverpool heritage: From being an ardent proponent of “Scouse Style” (Scouse being a Liverpool dialect), to naming his prized wrist-lock after the Anfield football stadium’s iconic Shankly Gates, Gibson considers himself “Liverpool’s No. 1.”

In the wake of his triumph in the second annual United Kingdom Championship Tournament in June of 2018, Gibson arrived in NXT UK, ready to take what he considers his right position as the U.K.’s No. 1. And at NXT UK TakeOver: Blackpool, he did just that, teaming with fellow Grizzled Young Veteran James Drake to overcome Moustache Mountain in the finals of a tournament to crown the first-ever NXT UK Tag Team Champions.

The Grizzled Young Veterans have since brought their hard-hitting style to NXT, where they've immediately made enemies of Tommaso Ciampa and Timothy Thatcher.