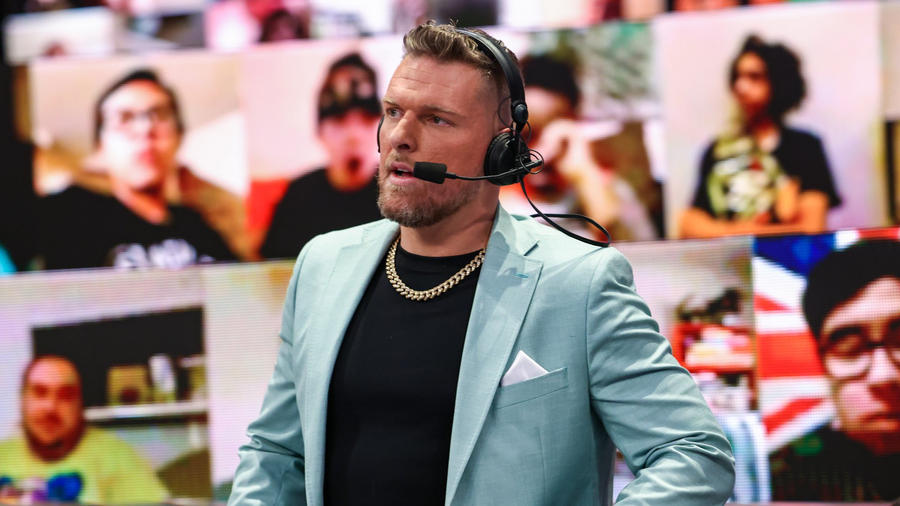 From All-Pro punter for the Indianapolis Colts to NXT competitor to SmackDown announcer, Pat McAfee has shown he can do it all at the highest level throughout his career.

McAfee’s bold personality has shown through since the start of his football career with the Indianapolis Colts, as the punter’s off-field persona quickly paralleled his on-field excellence. The host of the dynamic “Pat McAfee Show” first graced WWE televisions with appearances as a guest commentator for NXT. From there, McAfee would find himself ensnared in an intense rivalry with Adam Cole that led to his in-ring debut at NXT TakeOver XXX. With a combination of his fearless approach and high-flying highlights, McAfee impressed the sports-entertainment world in his battle against Cole and his Swanton Bomb homage at NXT TakeOver: WarGames.

On April 16, 2021, McAfee was announced as a new addition to the SmackDown announce team alongside Michael Cole. Since joining the blue brand, McAfee’s energy and quick-witted calls have continued to elevate him as a favorite of the WWE Universe. McAfee had AT&T Stadium rocking and lit up social media with a WrestleMania debut for the ages in Dallas when battling Theory, Mr. McMahon, and even getting stunned by "Stone Cold" Steve Austin.

With everything he’s done so far, we can only guess what McAfee still has up his sleeve, and we can’t wait to see what’s next.