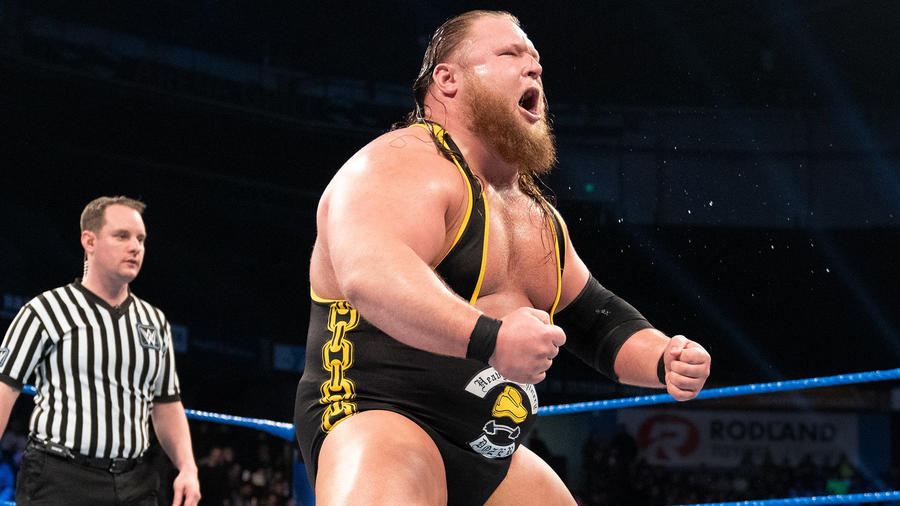 Otis has arrived in WWE and declared that he’s hungry, which is unfortunate news for his competition.

Thanks to his penchant for putting up inhuman numbers and reps in the Performance Center’s weight room, the 330-pounder has made waves since his arrival at the WWE PC. A 455-pound floor press is a warm-up for Otis.

But pure power isn’t the only attribute the Wisconsin native brings to the squared circle. Otis was a standout amateur heavyweight wrestler at Colorado State University-Pueblo and a medalist in Greco-Roman wrestling at the Pan-American Games. He’s also trained extensively at the U.S. Olympic Training Center and studied under Gold Medalist Rulon Gardner.

Those credentials would make Otis stand out on his own, but the big man has found an equally massive Superstar to team up with in Tucker. The duo, known as Heavy Machinery, tipped the scales at 650 pounds and crushed the competition with ease.

Otis has also succeeded on his own. Not only did he defeat Dolph Ziggler at WrestleMania to win the heart of his beloved Mandy Rose, but he won the Men's Money in the Bank Ladder Match just a few weeks later. However, after the shenanigans of The Miz & John Morrison managed to get Rose traded to Raw and turned his life upside-down, Otis lost his Money in the Bank contract to The A-Lister at WWE Hell in a Cell thanks to a surprise betrayal by Tucker.

He's back on his feet now, however, after forming an alliance with Chad Gable as the no-nonsense tandem The Alpha Academy to become a true threat  on Raw.