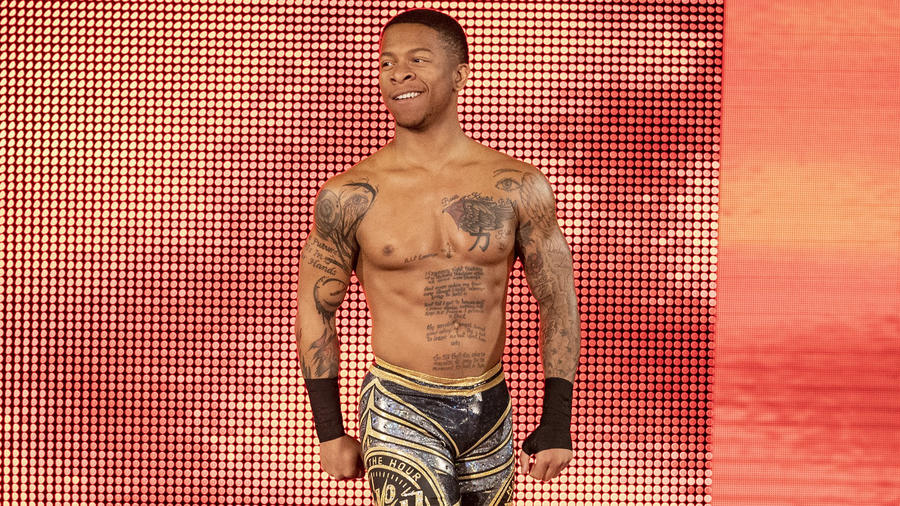 Combining blistering speed with breathtaking ingenuity in any situation, Lio Rush's tremendous ability in the ring is second only to the danger he adds in the corner of Bobby Lashley.

An All-American wrestler in high school, Rush began training for sports-entertainment while still a teenager. By the time he signed with NXT at age 22, the daredevil had produced enough GIF-worthy highlights inside the ring to become the talk of the independent wrestling community.

The Man of the Hour has a fire in his belly, a gas tank that never runs low and the resiliency of an elastic band. Though he rarely possesses a size advantage, the risk-taking marvel knows how to use his 160-pound frame to form an unfathomable assault from all angles.

Despite the considerable ability of the up-and-coming competitor in the ring, his most effective quality has arguably proved to be his partnership with Bobby Lashley. Fashioning himself as a truly outspoken mouthpiece to the "Mighty" Superstar, Rush has shown he will do anything, including break any rule, to help his man succeed. Without a doubt, Rush has played an important role in helping Lashley win the Intercontinental Championship and making him a prominent player on Monday Night Raw.