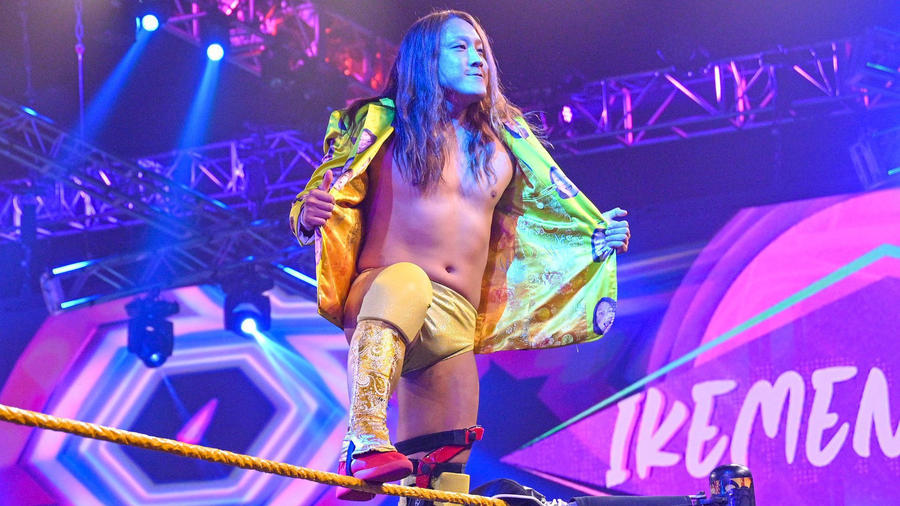 How many Superstars in WWE history have made a habit of rocking a colorful jacket for the entirety of their matches? At least one.

But that’s just the tip of the iceberg when it comes to Ikemen Jiro and his eccentricities, as the flashy young Cruiserweight routinely competes while smiling from ear to ear, easily gets under the skin of his opponents, and leaves rivals flustered by forcing them to chase him all over the ring.

The quicker-than-a-hiccup Jiro has also dazzled the masses on the black-and-gold brand, where he competed in the second NXT Breakout Tournament, and his fun-loving attitude has already made him an extraordinarily popular Cruiserweight in the eyes of the 205 Live Universe.